Military Alerts Across All Empire Warzones as Naval Activity Intensifies 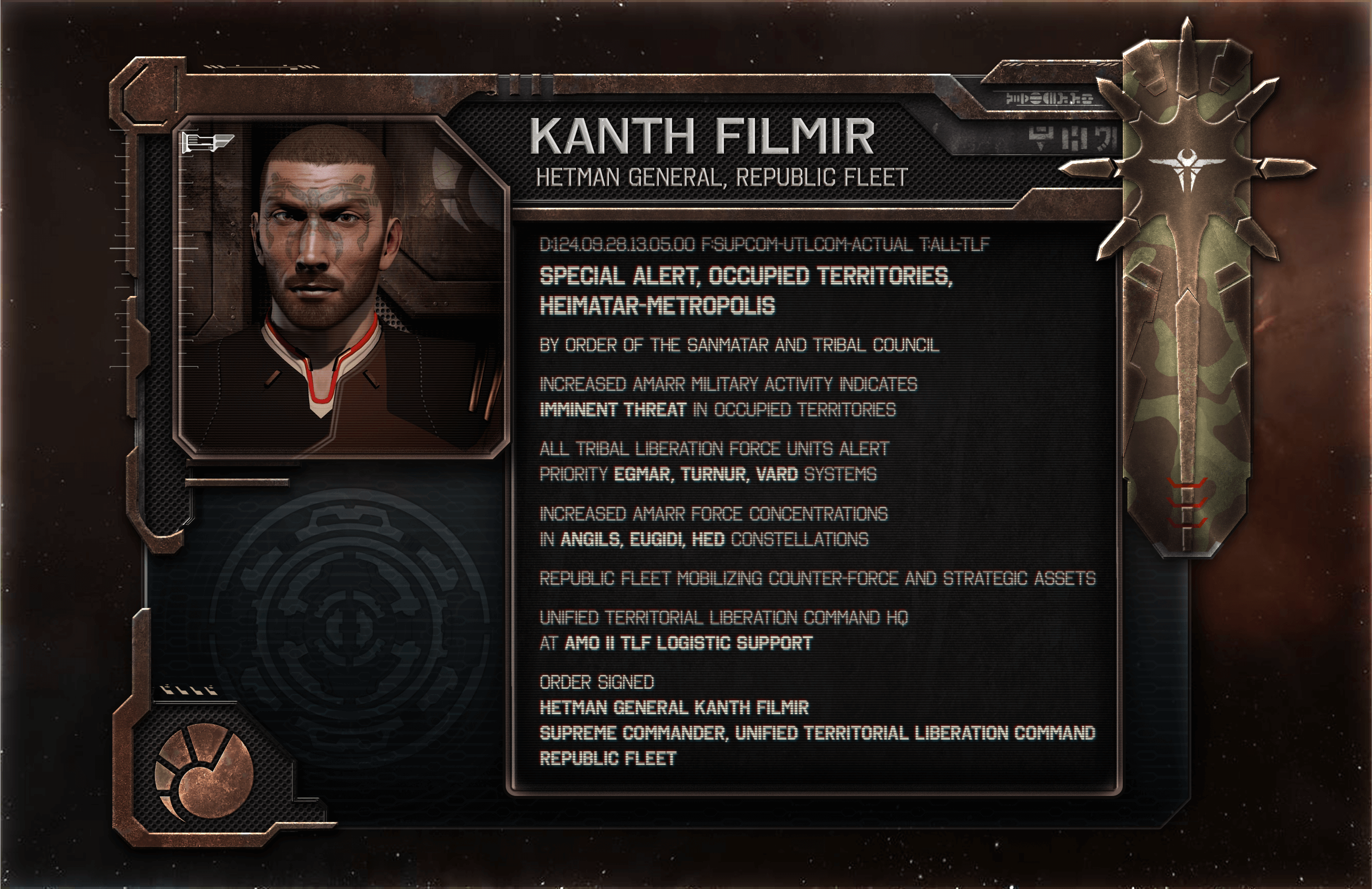 Yulai, Genesis – A series of military alerts issued yesterday by military authorities within each of the "Big 4" empires has led to CONCORD conflict monitors to raise the war threat levels for the core territories of New Eden to their highest since the Equilbrium of Mankind Crisis of mid YC123. The interstellar security and diplomacy organization has attempted to seek a resolution of building conflicts, involving increased military confrontation between both the Amarr Empire and Minmatar Republic, and the Caldari State and Gallente Federation, but with signal failure due to disintegrating faith in the institution and its offshoot EDENCOM.

The role of EDENCOM has come under particularly intense scrutiny for its apparent acquiescence in the militarization by the Amarr Empire of the captured Triglavian Stellar Transmuter site located in Arshat system, Domain region. While EDENCOM maintains its operations to contain the Triglavian Collective, probe the occupied systems of Pochven, and repel Triglavian incursions, the course of absolute neutrality that Provost Marshal Kasiha Valkanir has set her organision on has been described as a "tissue of lies and obfuscation" by Ambassador Keitan Yun, the Minmatar delegate to the CONCORD Inner Circle.

The Secure Commerce Commission has also reported increased market volatility and unusual movements on the securities and currency trading exchanges, however much of this has been attributed to shifting patterns of capsuleer trading, alongside the market jitters raised by an atmosphere of conflict and uncertainty within the core empires. 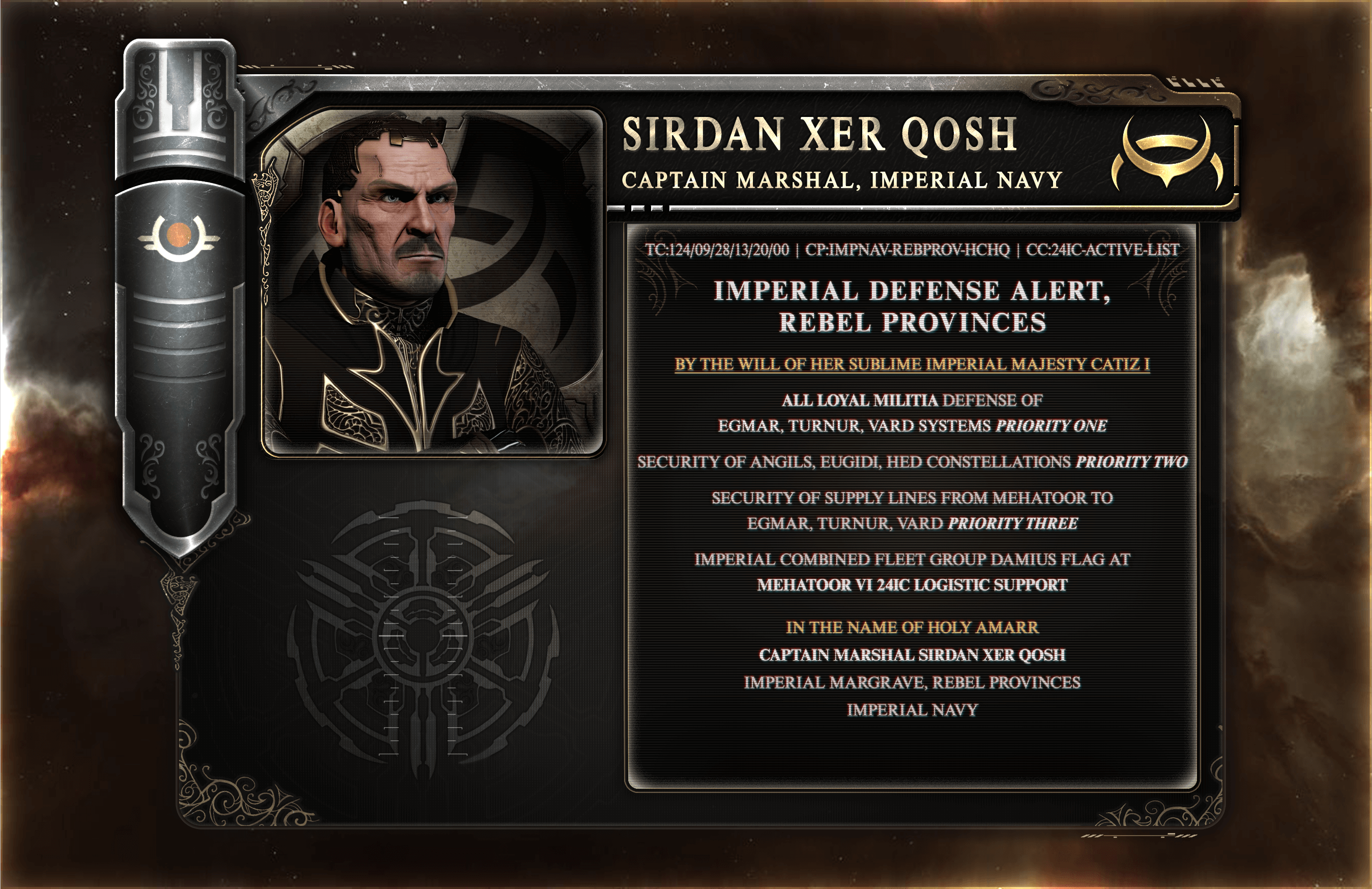 Heimatar & Metropolis – Yesterday's flurry of military communiques began with a "special alert" issued by Hetman General Kanth Filmir of the Republic Fleet, focusing principally on the systems where the Amarr Empire has erected "Prototype Stellar Transmuters", together with the surrounding constellations. The Egmar, Turnur, and Vard systems are considered a high priority for the Republic's mobilization and call for priority action, with grave concerns over the stellar transmuters being activated heightened by increased Amarr activity.

The Amarr Empire's establishment of the stellar transmuters in Egmar, Turnur, and Vard outraged the interstellar community and brought particularly sharp condemnation from the Minmatar Republic and its longtime ally the Gallente Federation. Even the Caldari State's diplomatic stance has demonstrated significant concern, though has stopped short of adverse comment on the Empire's activities in the Angils, Eugidi, and Hed constellations. Captain Marshal Sirdan xer Qosh of the Imperial Navy swiftly responded to the Minmatar mobilization call by issuing an "Imperial Defence Alert" to Amarr and loyalist forces in the so-called "Rebel Provinces" – the Amarr Empire's internal designation for the territories of the Minmatar Republic.

The Amarr occupation of much of the warzone by Imperial forces has been underpinned by the performance of the 24th Imperial Crusade capsuleer militia, which has withstood multiple assaults and guerilla warfare actions by the Minmatar Tribal Liberation Force. Even so, the boldness of the Empire's decision to test such technology as the stellar transmuters in an active warzone has raised fears of the inherent dangers and speculation that Imperial scientists are aware that these experiments risk extreme catastrophe in the systems they are carried out in. 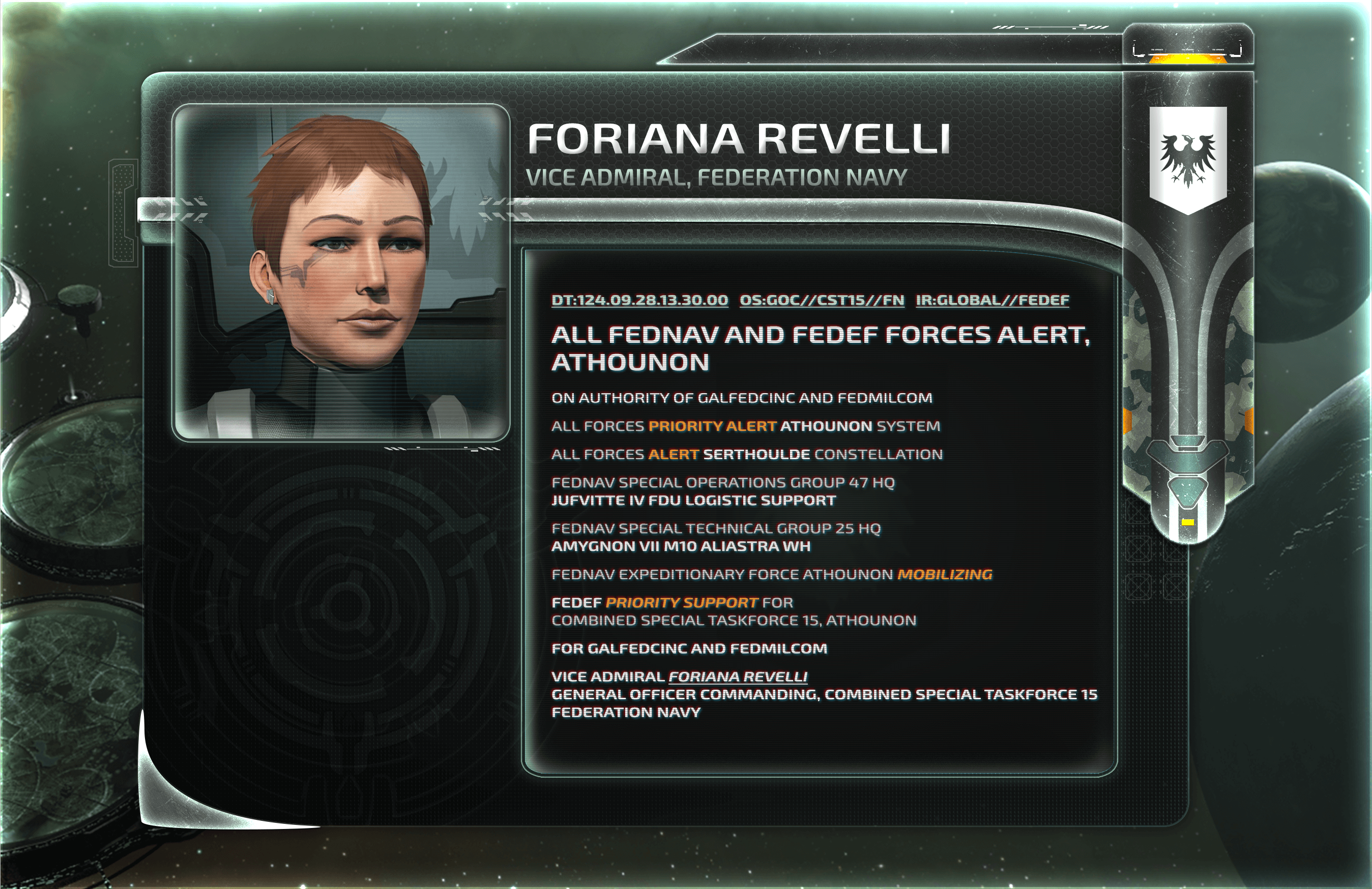 Athounon, Placid – Despite cluster-wide alarm at the developing crisis, the Gallente Federation's response to the intensified confrontation between the Amarr Empire and Minmatar Republic was to issue an "all forces alert" that appeared to foreshadow a new offensive into the Caldari-occupied system of Athounon in Placid region. Following weeks of military and infrastructure buildup by both the Federation and State, the communique from Vice Admiral Foriana Revelli indicated that an "Expeditionary Force Athounon" was mobilizing and reaffirmed the priority the Federation Navy places on controlling Athounon.

The importance of the Amygnon system, where the Federation has built a new stargate, and the industrializion of the nearby Jufvitte, were also indicated, suggesting that the Federation intends a lightning strike to establish some form of bridgehead in Athounon. The Caldari State responded to this escalation by the Federation by issuing special orders to the State Protectorate militia, praising the "exemplary Serthould campaign" and exhorting all Caldari forces to maintain control of Athounon and the surrounding Serthould constellation. Reports from independent monitoring services and industrial analysts have indicated a massive buildup of logistics and military infrastructure in the Samanuni system, as well as nearby Onnamon, apparently aimed at supporting the next phase of the Samanuni stargate connection building efforts the State has also been pursuing. 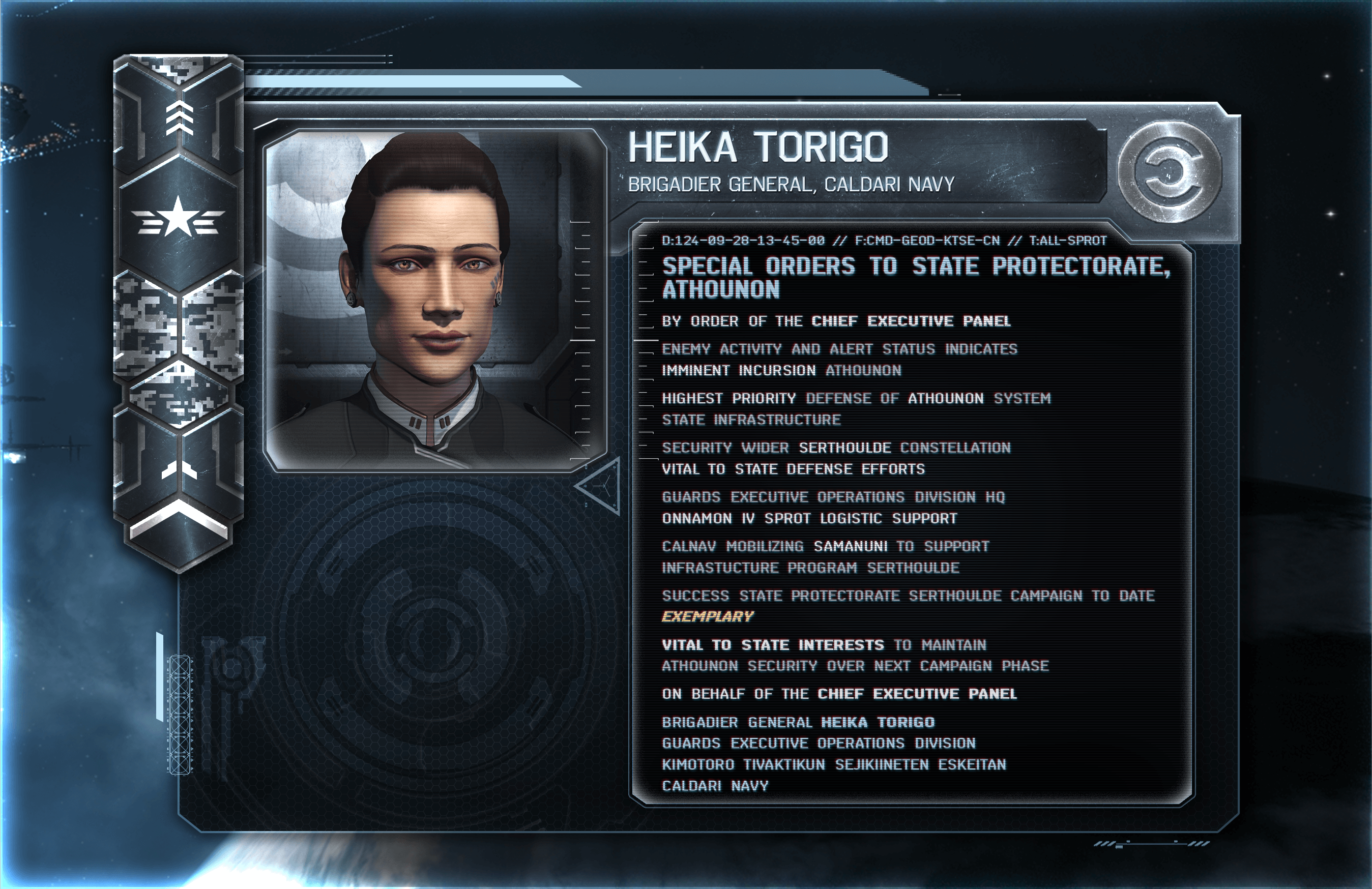