Yulai, Genesis - Massive stargates disruptions across New Eden have been attributed by CONCORD and local authorities to their efforts to halt the collapse of the entire stargate network due to "extreme spacetime instabilities" afflicting star systems across the cluster. The shutdowns of regional gate networks reached deep into the core of New Eden's high-security space, with the Forge region experiencing a total shutdown and reboot late in the evening.

Spacetime instabilities affecting stargates proximate to locations of so-called "metaliminal storms" were detected late yesterday morning, according to sources at the Secure Commerce Commission. Stargate maintenance crews across New Eden have been reporting dangerous shifts in the spacetime resonance patterns between pairs of gates as the frequency of power fluctuations caused by cluster-wide spatiotemporal anomalies has increased. 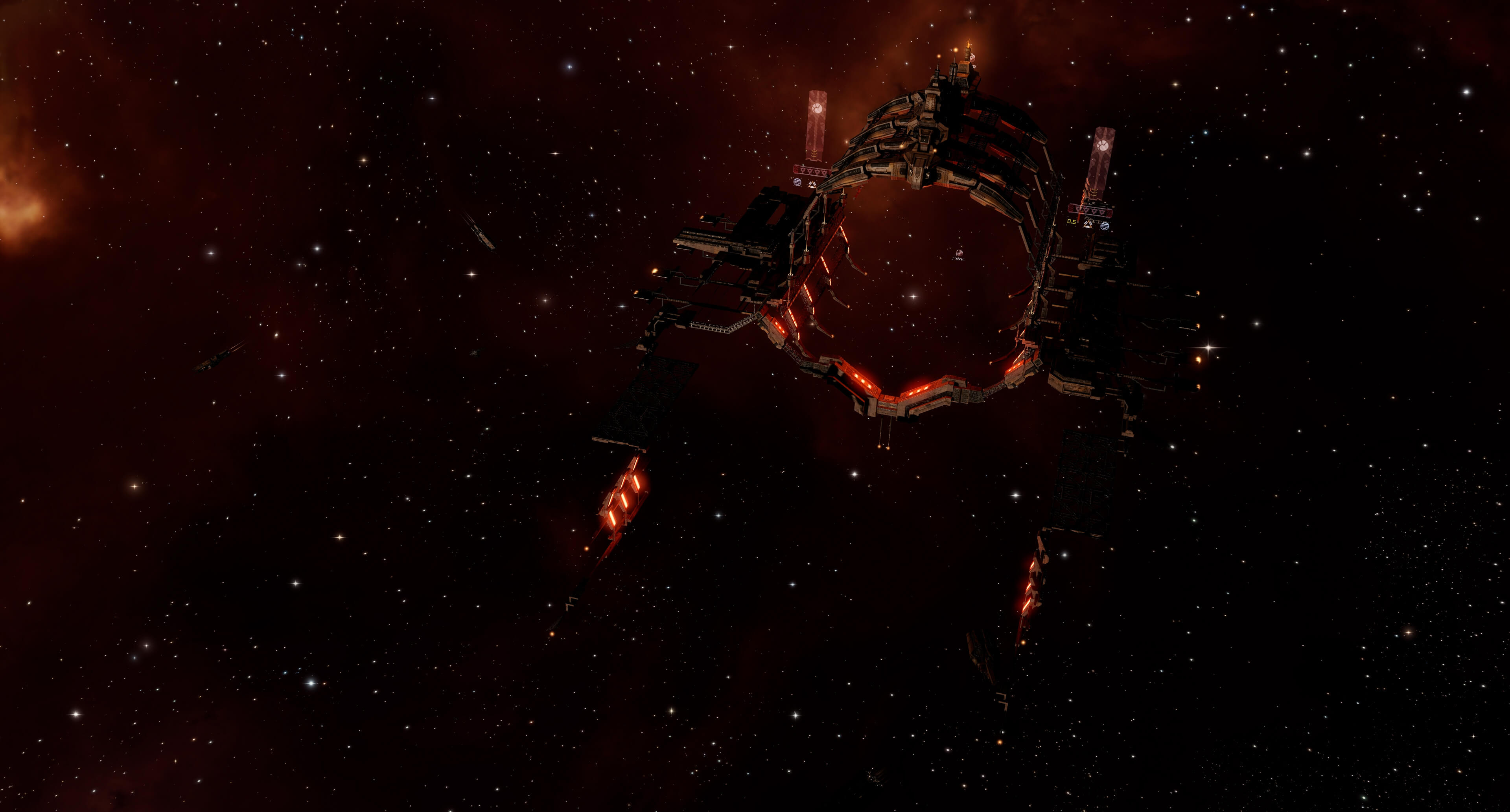 Above: Minmatar Republic stargate shut down under SCC protocol

The local impact of metaliminal storms raised fears of cascading failure across the gate networks of the affected regions, leading crews to co-ordinate regional shutdown and restart protocols in an effort to correct the resonance pattern deviations. Some success in temporarily correcting for the anomalies was seen but the constant increase in the frequency of the power output fluctuation of the artificial wormhole pairings of the network continued to cause grave concerns.

An emergency session of the SCC's Stargate Security Directorate determined that all stargates in a region should be shutdown according to the protocols enacted by crews in Pure Blind, Tenerifis and Venal regions. Further regions impacted by metaliminal storms experienced resonance deviations and stargate shutdowns were Catch, Tribute, Providence, Fountain and Vale of the Silent.

Hopes that the problems would be limited to the outer regions affected by storms were dashed when crews in Aridia, Fountain, and Geminate activated the shutdown protocols as instability readings increased on several gates in those regions. The Khanid and Kor-Azor regions of the Amarr Empire also began the reboot procedure, swiftly followed by many regions in the outer perimeter of the cluster.

Ultimately, shutdowns were determined to be necessary across many regions of New Eden, including Heimatar, Placid and the Forge. The SCC's Stargate Security Directorate has deployed teams to key stargates across New Eden and continues to co-ordinate the response with the stargate control authorities of the core empires and CONCORD member states.

In response to an escalating situation, with fears of a new Triglavian offensive sweeping through the population of New Eden, the core empires have deployed fleets to secure the gates leading to the 27 systems occupied by the Triglavian Collective.

As the stargate disruption crisis unfolded, the Amarr Empire was the first to mobilize, rushing fleets to secure stargates leading into occupied systems in the Domain region. The Caldari State, Gallente Federation and Minmatar Republic soon followed suit, with stargate security fleets deployed to key systems in the Citadel, Essence and Metropolis.

Deployments to territories bordering the occupied systems in Black Rise, Derelik, Lonetrek, Molden Heath, Everyshore, Sing Laison, and the Citadel were also rushed from fleet reserves of all the empires. The alarm sweeping New Eden at the disruption of the gates has been heightened by fears this is a prelude to a renewed offensive by the Triglavian Collective.

Additionally, EDENCOM Command has reportedly ordered AEGIS commando teams to the stargates bordering the occupied systems amidst swirling rumors that there is a plan to physically destroy the stargates leading to Triglavian-held territories.

According to the Scope's sources, EDENCOM's Joint Scientific Taskforce fears that shutting down the stargates will be insufficient to stop a cascading disruption centered on the occupied systems. Stargate pairings remain in a state of spacetime resonance even when stargate systems are fully powered down, with physical destruction or removal at least one stargate in a pair known to be the only sure way of totally severing such links. 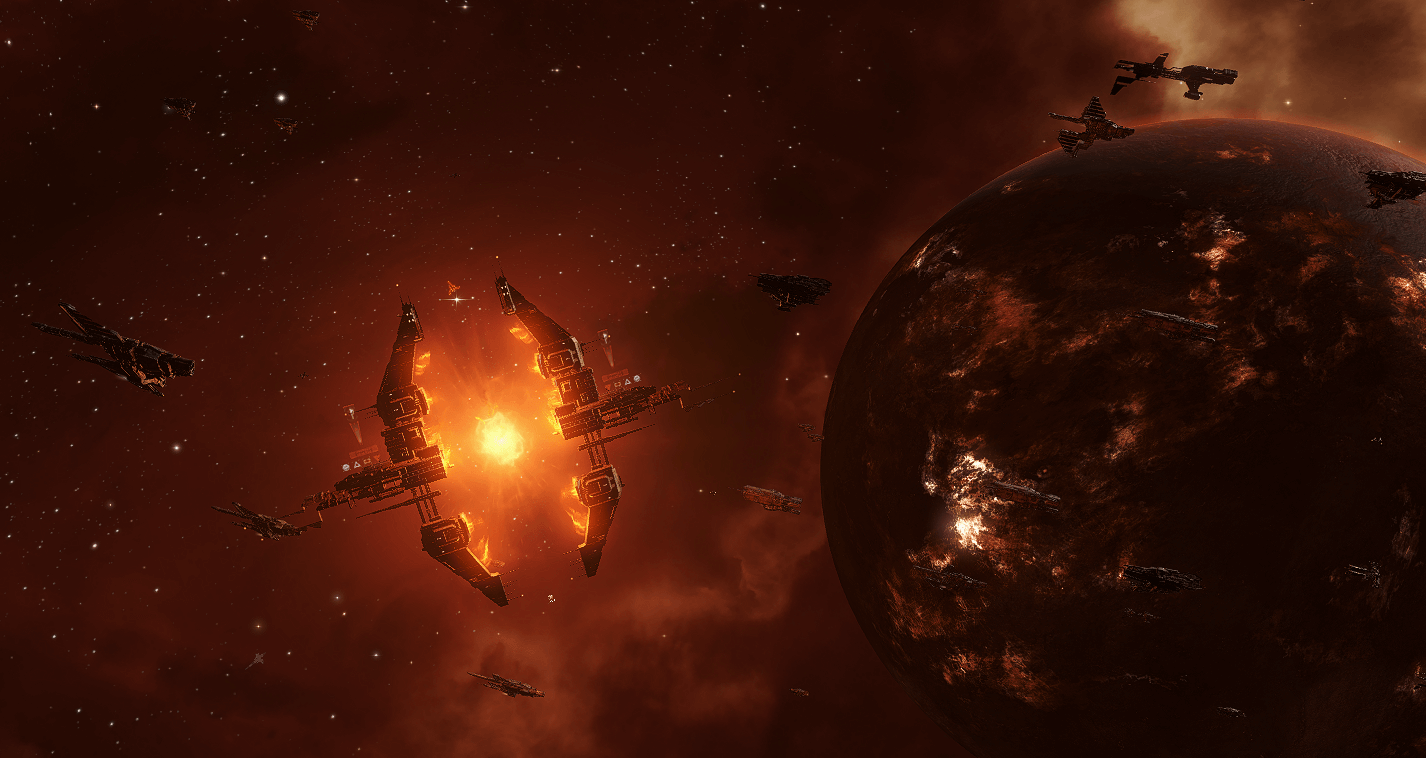