Kahah, Khanid Kingdom - Open conflict between the Royal Khanid Navy and Minmatar capsuleers from the Ushra'Khan alliance broke out last night, as the ongoing Kahah Rebellion continues to provoke strong passions in the interstellar community. The incident saw a Minmatar militia freighter destroyed by the intervention of a Khanid Navy Aeon -class supercarrier, and an apparent retaliatory strike on a CONCORD observer vessel by Ushra'Khan capsuleers.

Khanid forces were responding to an attempt to land troops on the surface of Kahah III, made by Tribal Liberation Force militia led by the capsuleer Armast Darkar. The fleet of Ushra'Khan vessels were providing escort and support for Darkar's Providence -class freighter as militia and mercenary troops attempted landings on Kahah III. Also present was Captain Oveg Drust of SARO, operating as an observer on behalf of CONCORD's Inner Circle, and a contingent of Amarr loyalist paramilitaries.

The Minmatar landing efforts are reported by numerous sources to have failed badly, with a proportion of the "shuttles" and "dropships" apparently burning up due to insufficient adaptation to Kahah III's atmospheric conditions. Other landing craft are reported to have been destroyed by Khanid ground forces operating anti-aircraft batteries, with others hunted down by Khanid atmospheric fightercraft of the Kahah III territorial squadrons. It is also reported that numerous rebels and guerilla fighters on the ground were eliminated by units of the notorious 7th Asbara Cyber Knights as they attempted to sabotage Khanid ground installations. 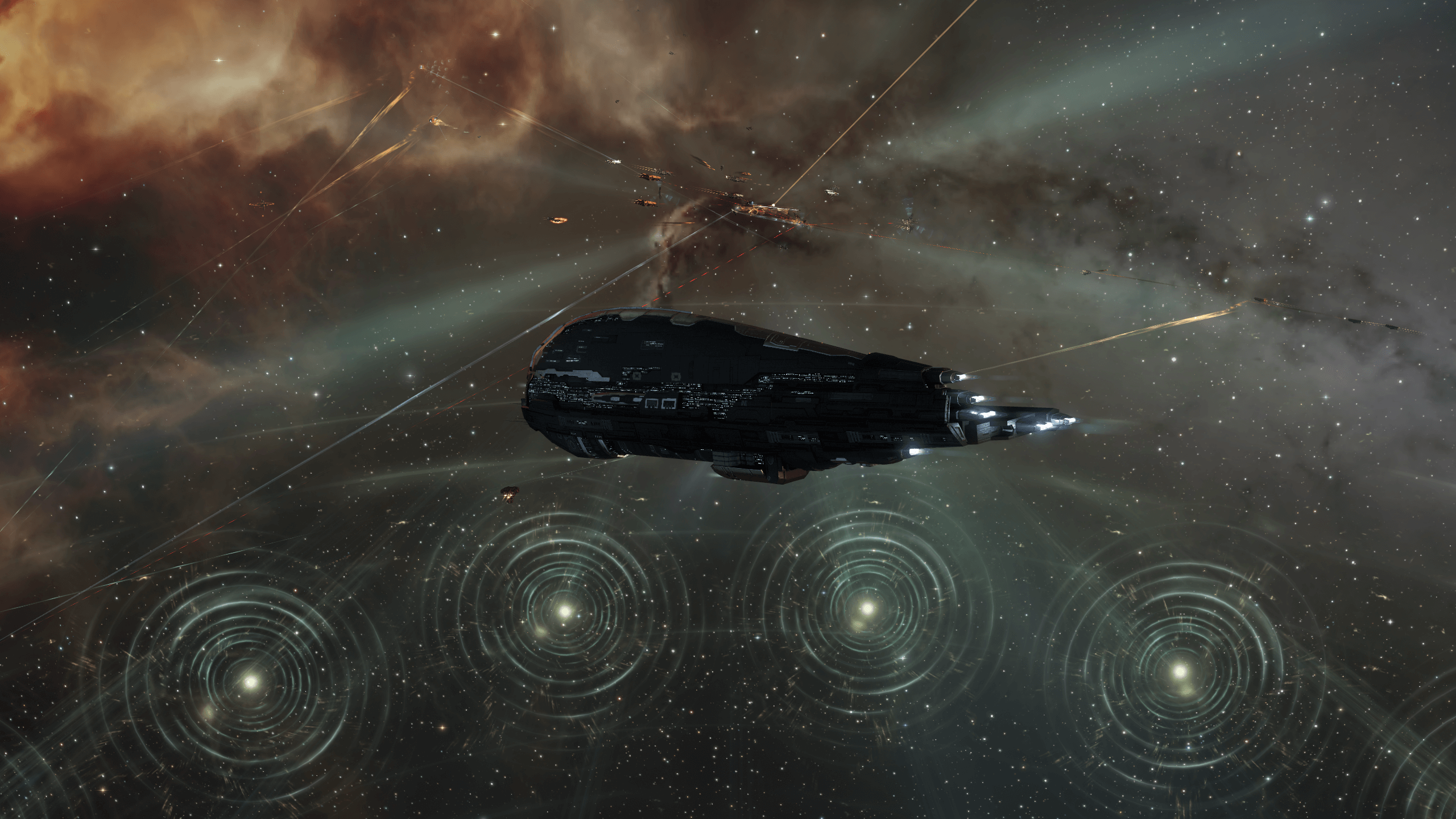 The RKN Ironclad Faith , an Aeon -class commanded by Royal Commodore Arraz Nomarya, apparently functioned as the command center for combined ground, air and space operations of the Khanid forces responding. Commodore Nomarya issued a brief statement for the press:

"Royal Khanid Navy forces, operating in conjunction with the Expeditionary Kahah Pacification Force and Kahah III Territorial Militia, thwarted an illegal and incompetent incursion into the airspace of Kahah III. Our loyal militia provided anti-aircraft fire, supported by detachments of the 15th Naval Aerospace Defence Brigade. Their efforts eliminated the bulk of the threat from falling debris as rebel 'dropships' broke up in the atmosphere. The 9th Kahah III Territorial Squadron's AC-6L Simurgh fightercraft removed the remainder of the minor threats posed by the attempted incursion.

"Given the illegality of the attempt, under the provisions of the Yulai Convention, Accords and SCC Independent Planetary Management Act, the RKN Ironclad Faith led a taskforce to destroy the rebel freighter that operated as the launching platform for the incursion. We were successful, with the aid of loyal Amarr capsuleers, and withdrew in good order following completion of operations. The pacification of Kahah continues, under the exemplary command of Sardar Marshal Fayez, with only scattered rebel resistance on Kahah III remaining to deal with. " 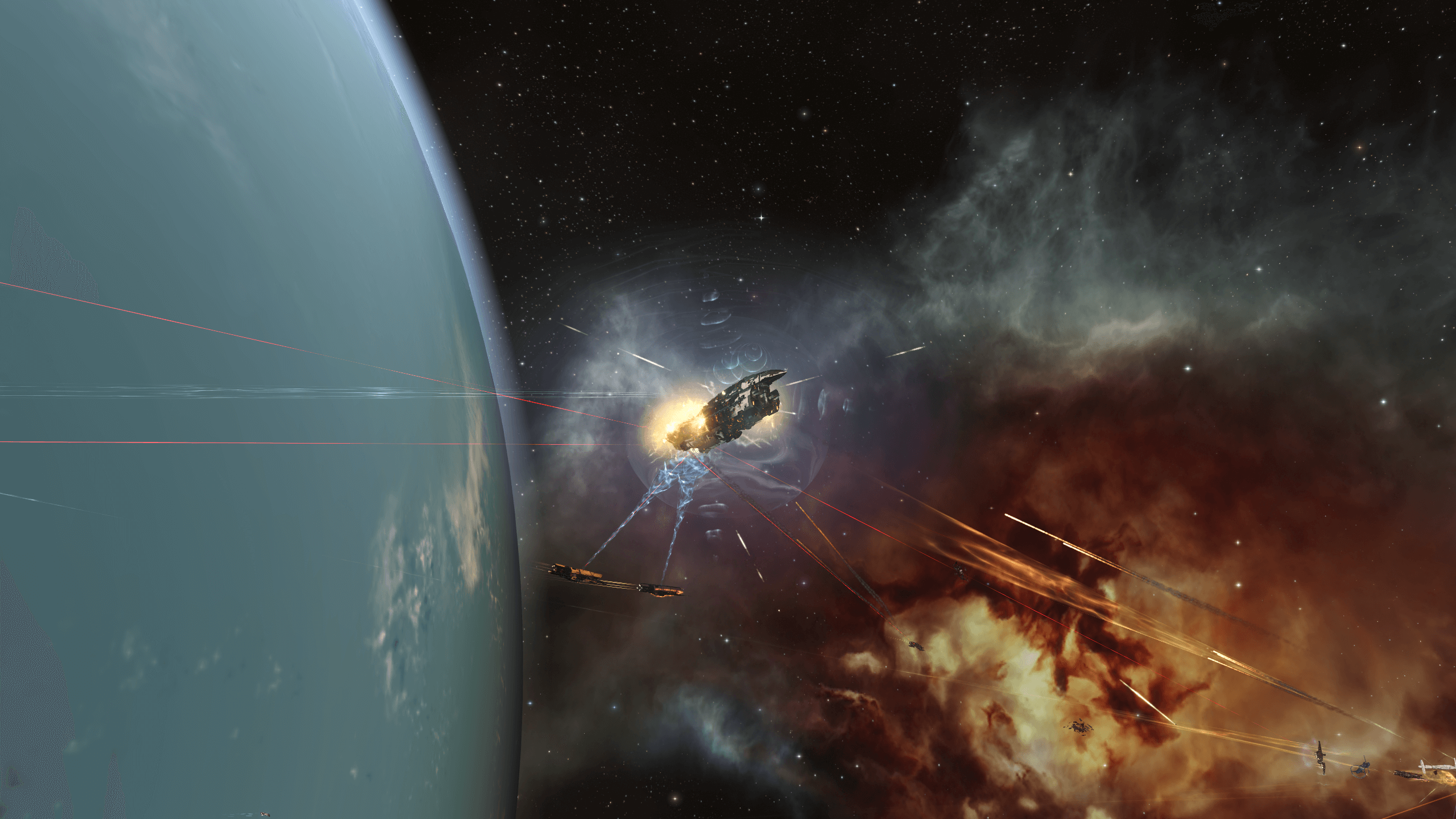 While the attempted landings failed, the Ushra 'Khan forces carried out a successful "suicide attack" to destroy the Marshal -class battleship commanded by Captain Oveg Drust, despite it clearly operating as an observer platform on lawful CONCORD duty. Ushra'Khan sources claimed this to be retaliation for "CONCORD support of war crimes in Kahah." Captain Drust asserted, for his part, the importance of the Yulai Convention and laws pertaining to planetary security.

Capsuleer news broadcaster ARC Studio released an edition of its "The Discourse" show covering the incident and has authorized the Scope to syndicate the special report.

Events last night followed turmoil in Kahah space the previous day, as alleged "blood cultists" from the Fweddit capsuleer alliance executed some two million slaves in the staged immolation of nine Providence -class freighters above Kahah III. Roundly condemned by Amarr and Minmatar alike, the massacre has provoked much disquiet over the open practice of slave trading through the SCC markets.

The SCC has made no comment on the matter of the slave trade and the official position of the Amarr Empire was clarified in a response to petitions made to Empress Catiz I, on the occasion of her recent second jubilee. Sources at CONCORD indicate that the attempted breaches of the Yulai Convention and SCC IPM Act have caused much concern, and there are discussions at the highest level concerning the security of planetary customs offices and industrial colonies allowed to capsuleers under the act.