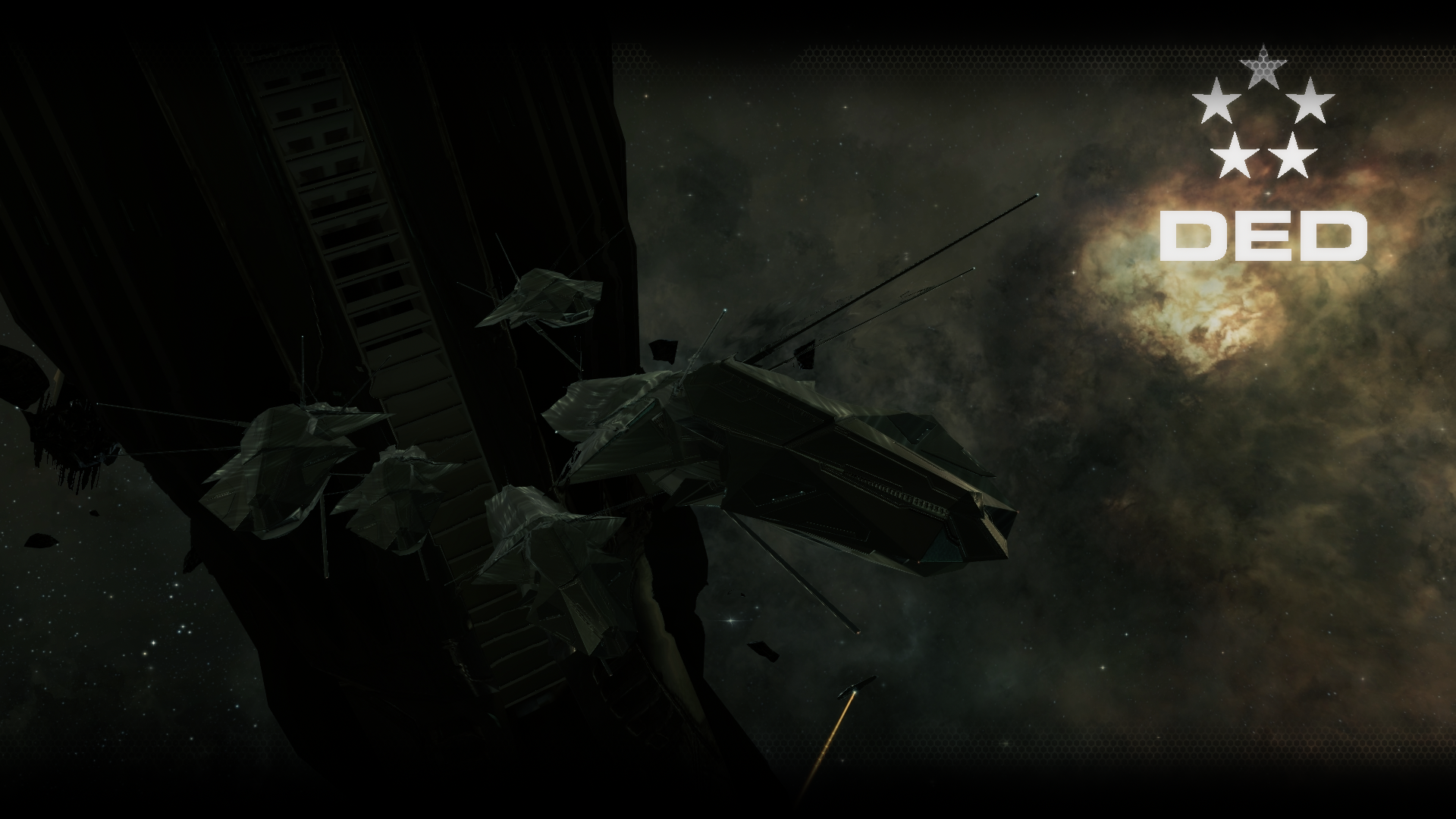 YULAI - In the wake of a substantial increase in Drifter presence in systems under Amarr sovereignty, the Directive Enforcement Department has today released full details of their threat analysis on the mysterious vessels.

In a release made by Brigadier General Odo Korachi, commander of the DED's Genesis Fleet, analysis on Drifter behavior and aggression was relayed to the press for public dissemination based on eyewitness accounts from civilian and military vessels, as well as extensive data from the Ministry of War and the Federation Navy's Tripwire Border Force.

During the statement, General Korachi noted that whilst patrolling away from observatories and other structures belonging to them, Drifter vessels appear "passive in behavior unless aggressed, in which case they will typically act in self-defense with overwhelming force". He also commented that while in the presence of observatories, their engagement policy "changes to an aggressive stance whereby they will attack on sight. This behavior is mostly considered to be a form of point defense, with Drifters acting as sentries."

When questioned regarding the events surrounding the interruption of a Scope News broadcast last week, and the subsequent fluid router issues in the Sanctum constellation of Genesis, General Korachi responded that "after extensive diagnosis by technicians from the Communication Relay Committee we were able to ascertain that while the fluid router network remained online, issues with sub-light communications infrastructure that connects us to the fluid network was the cause of the outage. We are still investigating how this was caused."

At the end of the release, General Korachi confirmed that at this time "no upgrade to the threat classification of the Drifters is necessary, given that their behavior remains mainly passive, other than when threatened."