Yulai, Genesis - CONCORD has confirmed that it has begun major operations to counter the threats apparently posed by Triglavian "stellar observation and manipulation efforts" in multiple systems across New Eden. The primary co-ordinator of planetary and orbital defense against Triglavian invasions, Provost Marshal Kasiha Valkanir said, "I can confirm that CONCORD is co-ordinating closely with member states in a broad effort to thwart Triglavian attempts to manipulate star system environments across New Eden."

The Scope has established that flashpoints between Triglavian forces and CONCORD/local empire forces are scenes of fierce space combat in at least half a dozen star systems. Capsuleers have reported Triglavian stellar platforms and CONCORD observatories are the focus of fighting in Aedald, Agal, Furskeshin, Kihtaled, Oberen and Skarkon systems. Triglavian invasion forces are present in a number of systems surrounding the flashpoints.

Most disturbing of all are reports that capsuleers are fighting on the side of both CONCORD and Triglavian forces. The Scope has also learned that the Triglavian Collective has apparently aimed a message that may be a direct appeal for capsuleers to join their forces. Experts in Triglavian communication protocols have translated the "DIRECTIVE KYBERNAUT" message as follows: 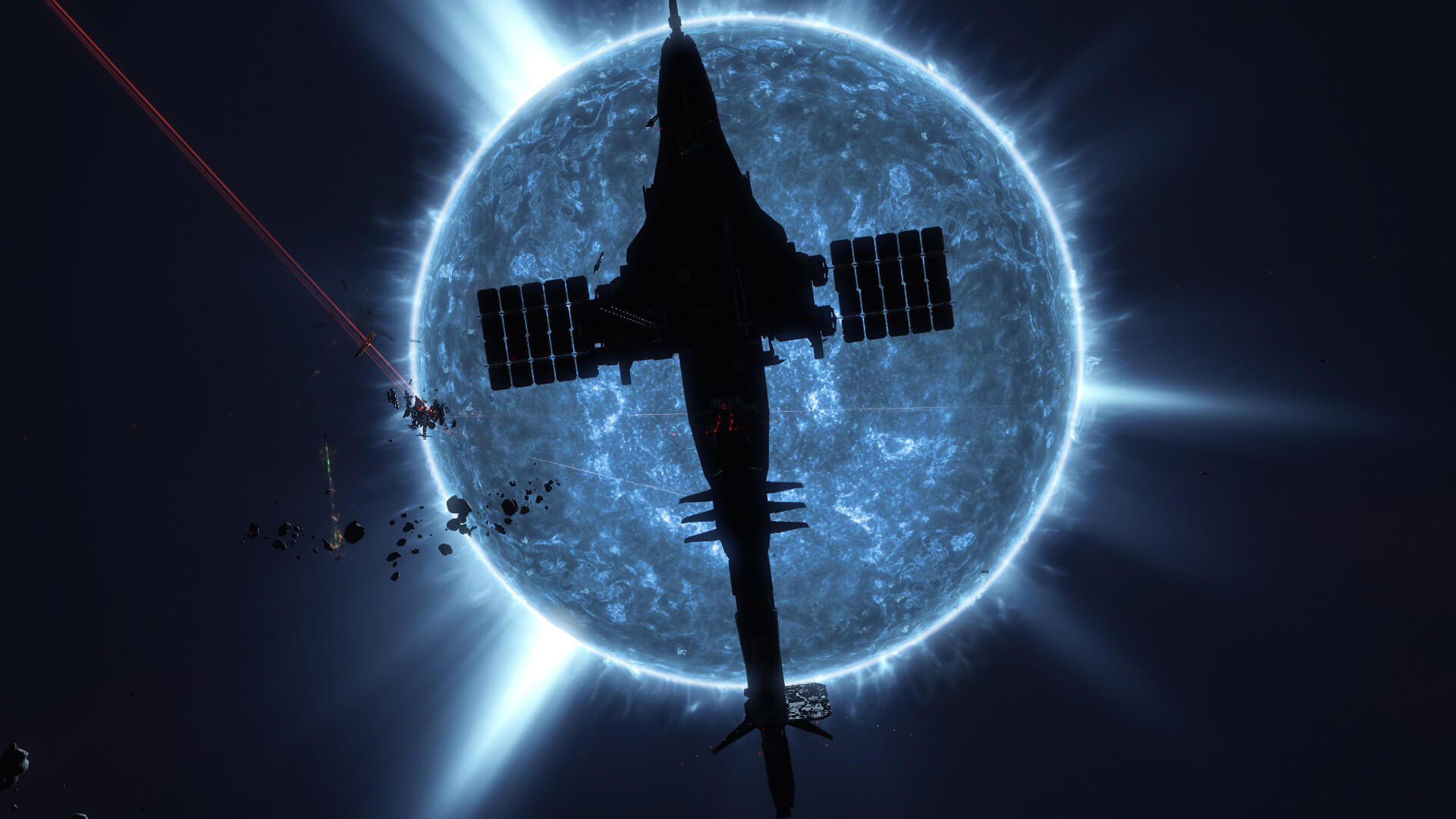 Above: Battle Around CONCORD Observatory in Kihtaled System (courtesy ARC)

Provost Marshal Valkanir also commented on these reports: "CONCORD's Directive Intelligence Agency believes the Triglavians are attempting to entice independent capsuleers into renegade actions that would suit the interests of the invaders. The Triglavians pose an existential threat to all of New Eden. We trust that capsuleers will continue their efforts to combat the Triglavian menace and work with local defense forces to this end."

CONCORD and core empire forces are co-operating broadly on many fronts with major investment in planetary defense, star system monitoring and invasion response fleets flowing from the New Eden Defense Fund. Large numbers of CONCORD personnel are also in combat daily with Triglavian forces and their drone auxiliaries. Provost Marshal Valkanir was able to confirm that SARO commandos had successfully boarded a Triglavian defense pylon recently "at great risk to their lives, preventing its self-destruct protocols from triggering and allowing us to analyze its technology."