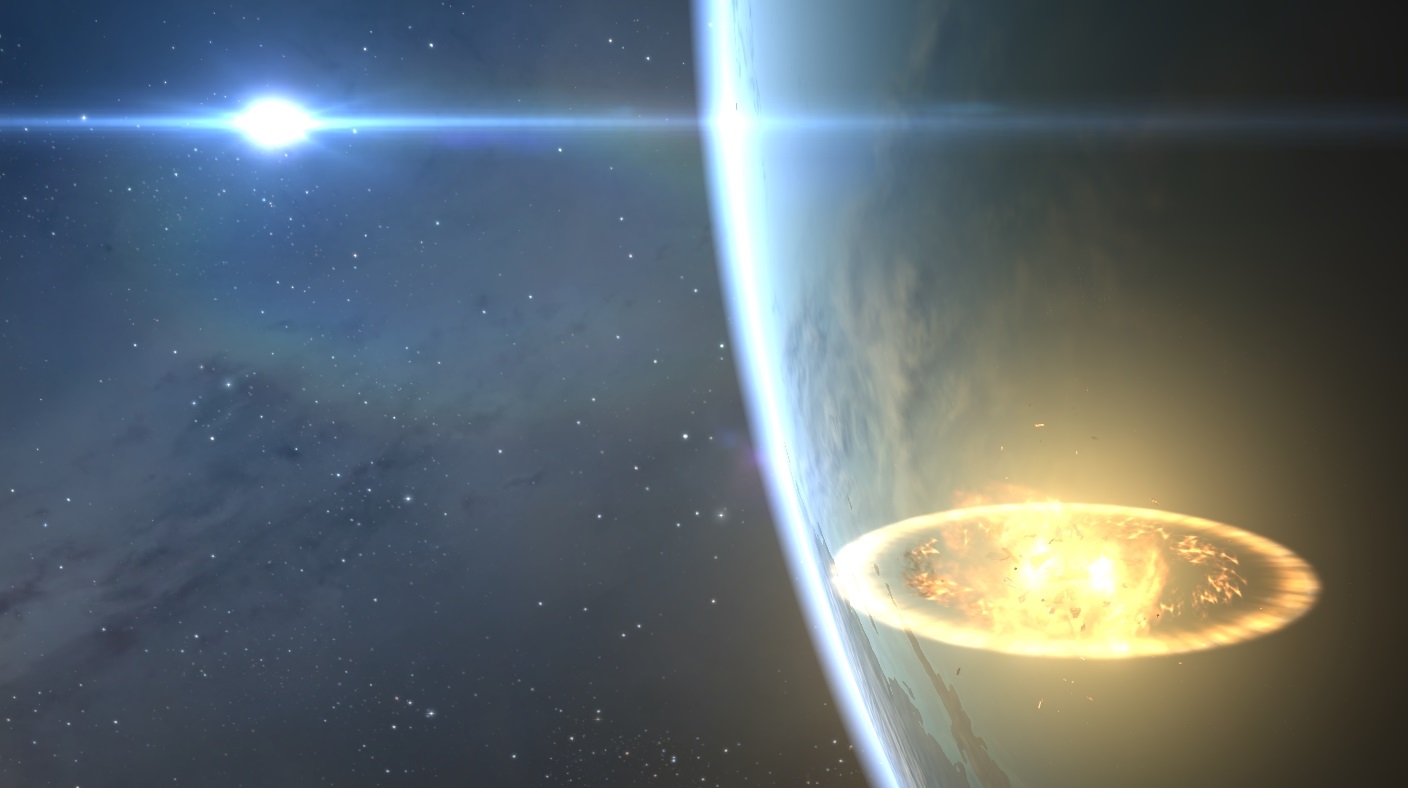 FOUNTAIN - The Scope is now able to confirm earlier rumors of an attack on a Guardian Angel capital shipyard in low orbit of Serpentis Prime VII.

Initial reports of the strike surfaced several hours ago after a number of distress calls were intercepted and recorded by a Federation Navy Tripwire border posts in the Elerelle constellation of Solitude, however the situation remained unclear until footage of the aftermath began to arrive at the Scope less than an hour ago.

Initial holoreel recordings handed to the Scope clearly show a plume of debris burning up as it entered the atmosphere of what has now been confirmed to be Serpentis Prime VII. The Scope has also been able to confirm that the facility attacked was a low orbit shipyard constructing prototype capital class vessels for the Serpentis Corporation.

Reports indicate that an unidentified strike force was able to covertly penetrate the Serpentis Corporation's home system and launch an assault on the shipyard with a number of boarding parties, before crippling the facility with a sizeable explosion, destabilizing its orbit and causing it to burn up as it entered the planet's atmosphere.

There have been no reports of debris reaching the surface of Serpentis Prime VII, however intercepted and decoded communications from the attackers has revealed that a sizeable amount of equipment and blueprints were stolen during the attack, including one set of blueprints referred to only as "Vehement".

Both the Directive Enforcement Department and the Federal Intelligence Office have declined to comment on the situation after a number of vessels bearing the markings of Intara Direct Action were spotted in Solitude earlier today.