YULAI - Despite repeated requests for more information about the quarantined Triglavian ship recovered by the DED over 6 weeks ago, the Inner Circle has maintained an information blackout on the subject. CONCORD and DED officials have referred all enquiries to the briefing given by Commander Vex Amita at the SoCT's capsuleer meeting held shortly after the ship was recovered.

While the Scope covered the briefing and background material extensively, many questions still remain, not least as to the fate of the Triglavian ship and its crew. While the Inner Circle and Empires have been holding a line of caution and refusal to comment or speculate, others have asked searching questions. 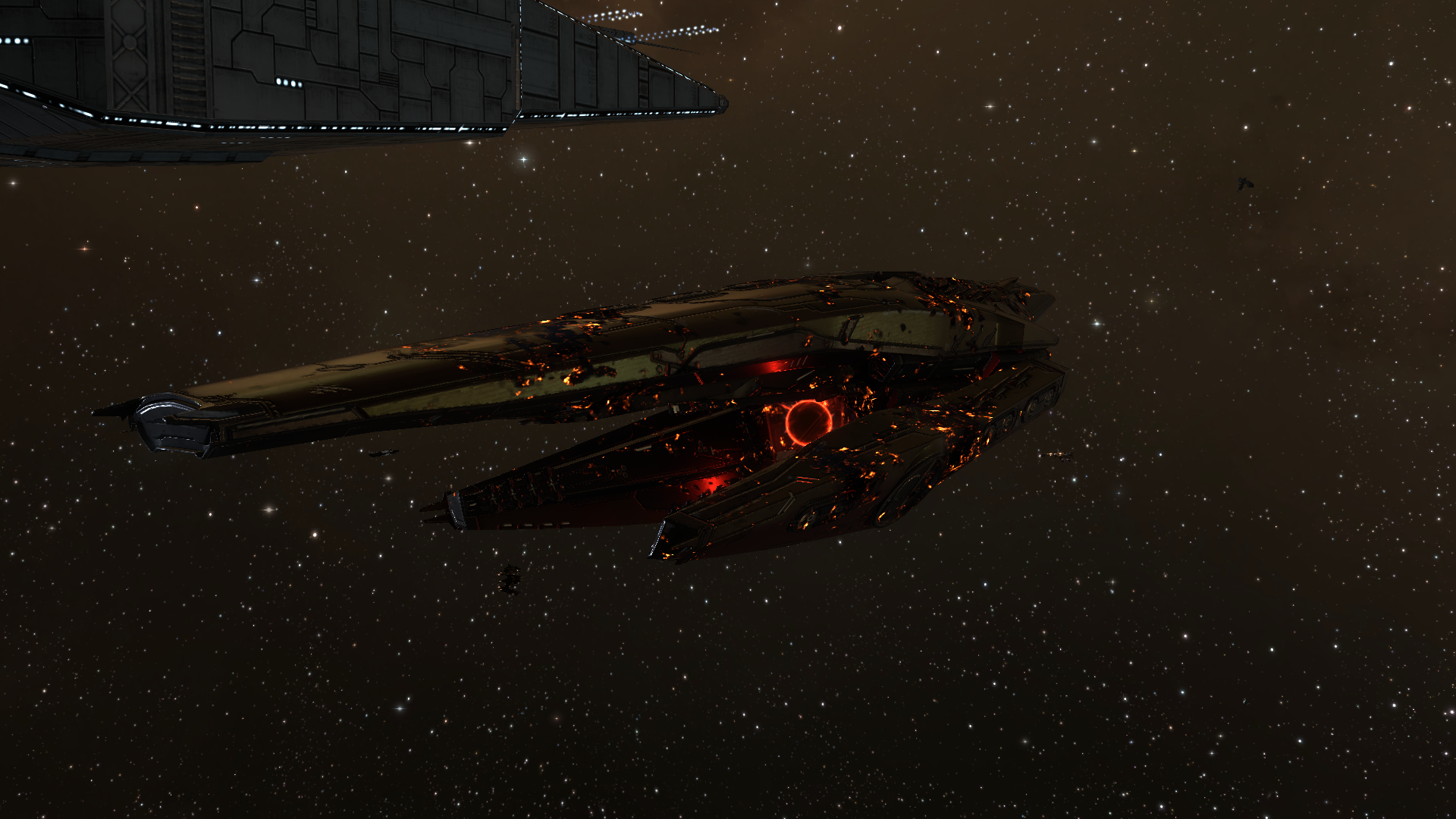 The Sisters of EVE have filed numerous humanitarian requests with the DED seeking access to any surviving crew. While the Amarr Empire has remained broadly supportive of the CONCORD policy, observers note that both the Ammatar Mandate and Khanid Kingdom have been persistent in their requests for information and action, suggesting an overall Imperial policy of exerting pressure on CONCORD to deal with any emergent threats decisively.

The revelation that a domain of space known as "Abyssal Deadspace" exists and is apparently a battleground for a struggle between the Drifters and a newly discovered civilization, has provoked considerable reaction from capsuleers. Debate has been extensive with many capsuleers questioning CONCORD's declaration that the Triglavian Collective is a threat. Some capsuleers have backed the Sisters of EVE call for humanitarian access and others have gone so far as to suggest the Triglavians should be protected or recruited as allies against the Drifters.

Some of the most radical speculation has emerged from the so-called "Pharos of Thera" organization, which continues to insist that a conspiracy within CONCORD involving the Inner Circle and SARO exists. Pharos spokesperson Alexis Jora has told Ret Gloriaxx, of the Scope's Galactic Hour with Ret Gloriaxx, that Fleet Captain Oveg Drust is a leading member of an organization called "The Radius". Jora claims this organization is responsible for running "black labs" and "forbidden experiments", and could be behind the alleged kidnapping of Sister Taya Akira, the former SOE scientist and Pharos of Thera figurehead. CONCORD denies the existence of such a group.

In the meantime, the core empires and allied states have been maintaining a high level of alert. Reports that SARO forces have been in conflict with pirate groups at widely dispersed locations have suggested an attempt to blockade Abyssal Deadspace. Sources within the largest criminal organizations have claimed that covert pirate raids have been carried out in W-space against Sleeper and Drifter staging posts. The Scope has not been able to verify these reports beyond the claims made by our sources.

The Scope and the Galactic Hour with Ret Gloriaxx will continue to report as matters develop.