The Scope's Galactic Hour with Ret Gloriaxx brings your roundup of the latest news from around the cluster, as the Gallente Federation celebrates the Federation Day weekend amid high security and in defiance of the ongoing invasions by the Triglavian Collective.

Gallente Prime, Luminaire - Federation Day weekend celebrations have begun across all Gallente regions with the Federation Navy showing the flag in key locations with Erebus -class battlegroups from the elite Garoun Lunaries Fleet in parade formation. President Celes Aguard has issued a call for all Federation citizens to "consider what they may do in service of our great Federation and to protect the liberties we all hold so dear."

President Aguard has personally insisted that the celebrations go forward to demonstrate the unity and resolve of the Federation in the face of the Triglavian invasions. This decision has not been without its detractors, with many pointing to the Triglavian occupation of Vale and the potentially devastating consequences for billions of federal citizens.

Senator Filidor Cassiete of Eustron district has been particularly vocal in his criticism of the withdrawal of EDENCOM and the Federation Navy from Vale: "After the abandonment of our citizens to a fate that may well be worse than death, this extravagance and military posturing is nothing less than grotesque. Celes Aguard's election talk of unity and security for all systems stands revealed as repugnantly disingenuous." Senator Cassiete is a prominent member of the New Sociocrats political bloc which opposed President Aguard's candidacy in favor of Mentas Blaque.

Federation Day celebrations are traditionally held on a Saturday close to the 21st June, other Federal calendar events and circumstances permitting. As a result, Saturday 20th this year marks the primary celebration of the 237th anniversary of the foundation of the Federated Union of Gallente Prime in 23121AD (BYC115).

Celebrations in space are also being marked by Gallente capsuleers in fine style on Saturday with a Federation Day fireworks event, ship-racing contest and a pageant. 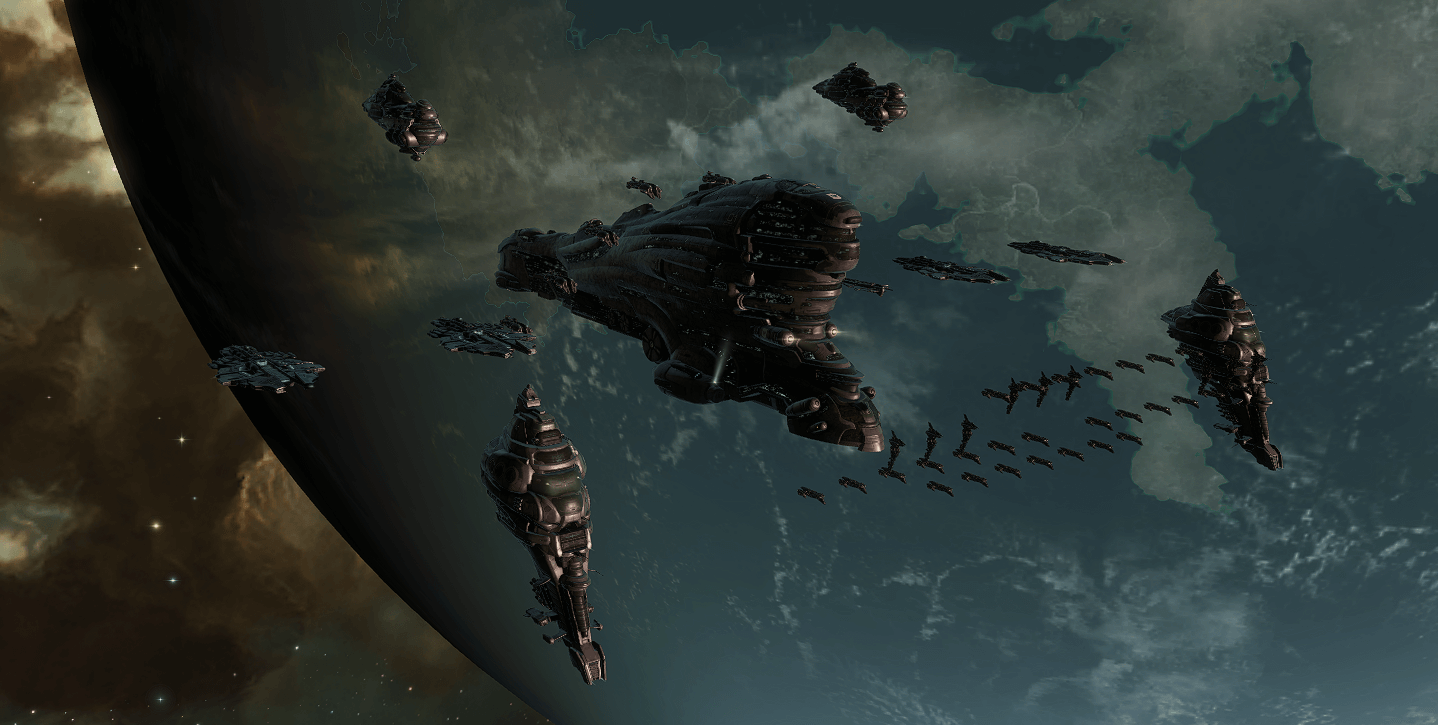 Above: FNS Ingenomine in Parade Formation Above Gallente Prime

Matar, Pator - Successful Minmatar military operations carried at on Floseswin IV were hailed by Sanmatar Maleatu Shakor as a "Liberation Offensive that shall push the slaver occupiers off our planet and into oblivion" at a press conference held at the Matar HQ of the Central Military Staff Circle, today. The "Liberation Offensive" on the Southern Continent of Floseswin IV has so far pushed Amarr forces out of dozens of towns and many hundreds of settlements, forcing a general retreat behind the protection of heavy shields covering occupied major cities.

Additionally, reports of a general uprising within the occupied cities have emerged, with CONCORD monitors indicating fighting has taken place in all five occupied cities. Sporadic reporting from journalists and communications received from resistance groups indicate that only in Port Kul and Jolan Kraal have the Amarr forces successfully suppressed the uprisings.

In the coastal cities of Oshiak and Uinar Landing, whole sections of the two cities are understood to be under the control of guerilla fighters backed by special forces units. The latter are believed to be warclones from the Brutor Vanguard and Krusual Covert Operators mercenary corporations. In the heavy industrial settlement of Korax City, in the Korax River Valley of Southern Floseswin, many of the factory complexes are reportedly occupied by armed local workers operating under the command of RJD Liberator General Nola Ashok's "liberation detachments".

The Sarum grip on its Port Kul HQ appears firm, following an attempted uprising put down by a swift response from Colonel General Vikhtor Mazari's forces. CONCORD monitors in the city have reported that casualties were relatively low, with House Sarum troops focusing their heaviest firepower on armed "rebels", while using field-effect weapons to stun civilian crowds and pacify entire city blocks. Military experts have noted these techniques are a staple of Amarr slave-taking operations.

With no monitors or journalists freely operating in the city of Jolan Kraal, news from the occupation directed by notorious Khanid Warlord Alar Chakaid is scarce. Minmatar commanders allege several massacres have taken place ever since the city fell under Chakaid's command, following its isolation from the main Sarum occupation zones. Chakaid has dismissed these reports as "crude subhuman propaganda" but continues to broadcast "sermons" promising various apocalyptic scenarios should "Minmatar savagery damn Floseswin IV for all time".

Supreme Commander of the Southern Flosewin IV Army, Hetman General Kanth Filmir has called on Amarr forces to lay down their arms and surrender, offering terms including evacuation for "professional soldiers who have committed no crimes" in exchange for the "full return of all Floseswin citizens to the Minmatar Republic, wherever they may be at the present time." At least 150,000 were taken off-world by House Sarum in the initial stages of the invasion. The RJD believes up to 150,000 more were taken during periods of Amarr system control, according with CONCORD estimates that House Sarum is keeping a quarter of a million prisoners as a "hostage reserve" in secure locations within the Sarum-controlled Bleak Lands and Devoid regions. 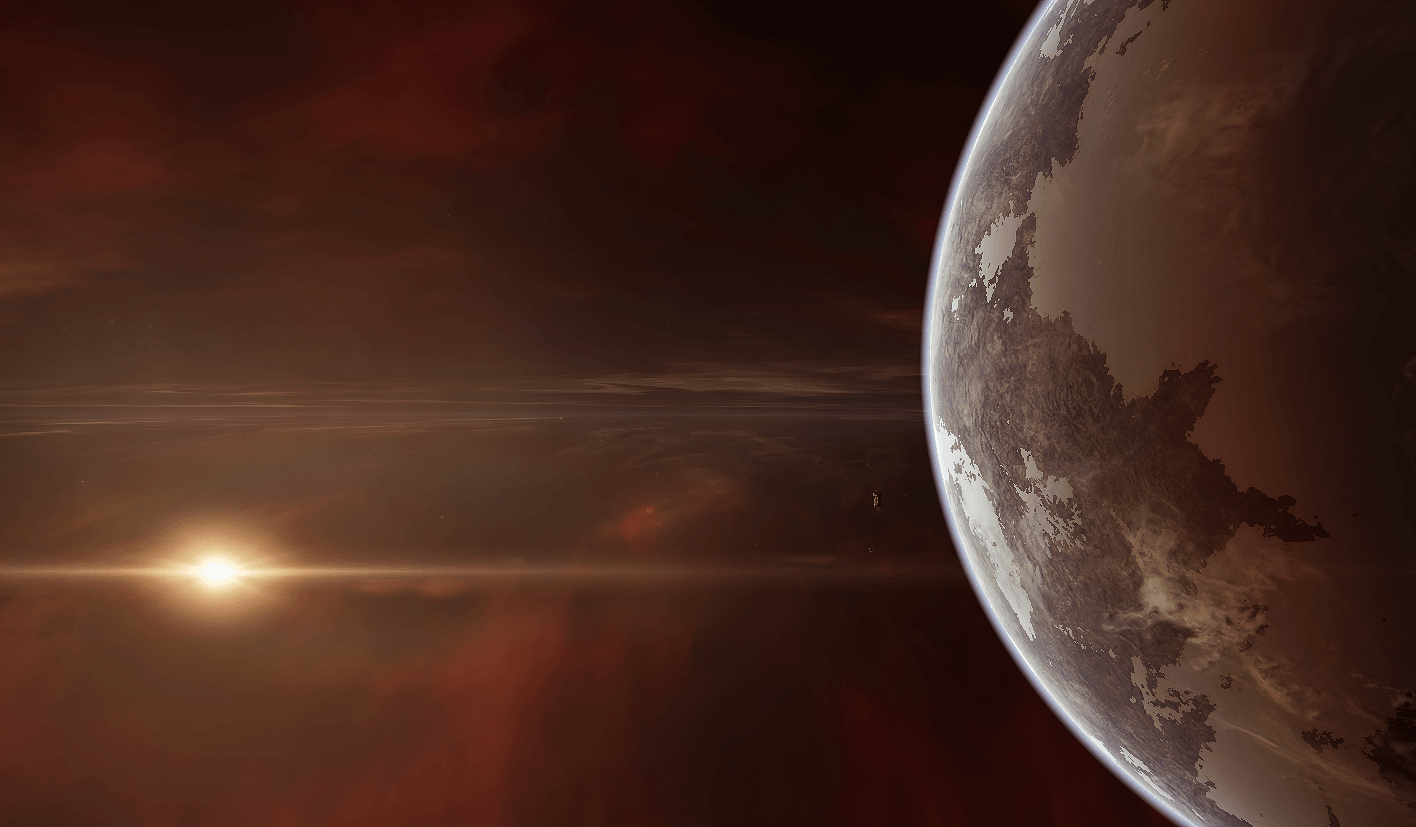 New Caldari Prime - Caldari State military officials have confirmed reports of multiple clashes between State and megacorp security forces on several planets in both the Nalvula and Sakenta systems. The Caldari State is rapidly mobilizing its entire corporate citizenry to "war service" status and has switched a number of its industrial centers over to military and logistical efforts.

Nalvula's fourth planet is relatively well populated for a low-security corporate colonial world, and Triglavian landings on the planet have been met with heavy resistance from the planetary defense forces. The CBD megacorp's Spacelane Patrol and SuVee's Peace and Order Unit have a considerable presence on the planet, with it being reported that mobile anti-orbital and ballistic launchers are in the arsenal of the heavily-armed security troops. Triglavian forces attempting to seize industrial facilities, such as mines and processing plants, are also being attacked on sight with anti-materiel railguns. The response from Triglavian forces has been described as "swift and ruthless" with heavy use of orbital and aerospace support. Triglavian ground assault vehicles are reported to be in evidence but there have been few reports of drones.

In Sakenta, the most intense ground combat is reported to have taken place on the heavily-industrialized worlds of Sakenta IV and VI, with Triglavian forces again taking steps to seize mining, reprocessing and manufacturing facilities. Caldari Navy and State Peacekeeper troops are prominent in the defense of Sakenta planets due to the general importance of the system and the strong presence of all "Big 8" megacorps on its planets. The heavily populated worlds of Sakenta III and V have also been the scene of Triglavian landings, though reports claim that large numbers of drones, strongly resembling rogue drones, are apparently engaged in extensive surveying efforts and responding to Caldari resistance with "only small escalations in counter-force".