The Scope's Galactic Hour with Ret Gloriaxx brings your roundup of the latest news from around the cluster, with the fall of Niarja severing the vital direct stargate link between the Amarr Empire and Caldari State, as continued losses of systems in the Caldari State stoke protests.

Amarr Prime - The conquest of Niarja by the Triglavian Collective has been described as a "strategic catastrophe" for the Amarr Empire and Caldari State by diplomatic sources, despite praise from EDENCOM and CONCORD officials for the "valiant efforts" of capsuleer defenders, EDENCOM forces and the Amarr Navy. The occupation of Niarja by the Triglavian Collective effectively severs the direct trade link between the Amarr Empire and Caldari State, though it is still possible for heavily protected and escorted traffic to continue using the stargates.

As a system in itself Niarja has always been of secondary importance to its neighbor, the heavily-populated and well-developed Bahromab system, but as a site suitable for a long-range stargate to the Caldari system of Kaaputenen, it has been a key strategic location for decades. The importance of Niarja to interstellar trade is underlined by the presence of a number of Gallente and Minmatar stations in the Yekti-Hoosa Development Zone overseen by House Sarum. Large mining and industrial concerns have found the Niarja-Kaaputenen link highly useful for shipping via the Caldari State to the Gallente Federation and even on to the Minmatar Republic.

Militarily and diplomatically, the route has been a useful high traffic and single jump route between the Amarr Empire and Caldari State. While military and diplomatic traffic is also able to use various jump-drive routes together with Empire and State cyno beacons, jump bridges and conduit gates, it remains a severe blow to the two allied powers. CONCORD conflict monitors have sounded a note of alarm that the Amarr Empire may view it as necessary to redouble its efforts in the Amarr-Minmatar militia warzone.

A number of systems considered Minmatar under the Yulai Accords and Convention have become longstanding Amarr strongholds due to the efforts of the 24th Imperial Crusade, House Sarum and a sustained, high-intensity campaign by Amarr capsuleer militias. Strategic eyes have turned to a number of Metropolis systems as potentially providing bridging routes for Amarr and Caldari forces to use.

While observers of Imperial Court politics believe the loss of Niarja is a blow to the prestige of House Sarum, this may be considerably tempered by House Sarum's sponsorship of aggressive operations in the Metropolis warzone. House Sarum allies among the Major and Minor Houses have begun praising the "farsighted" policies of Lord Arrach Sarum in this regard. Partisans of other Royal Houses have responded to this line with "polite but ill-concealed scorn" according to our Imperial Court correspondents. 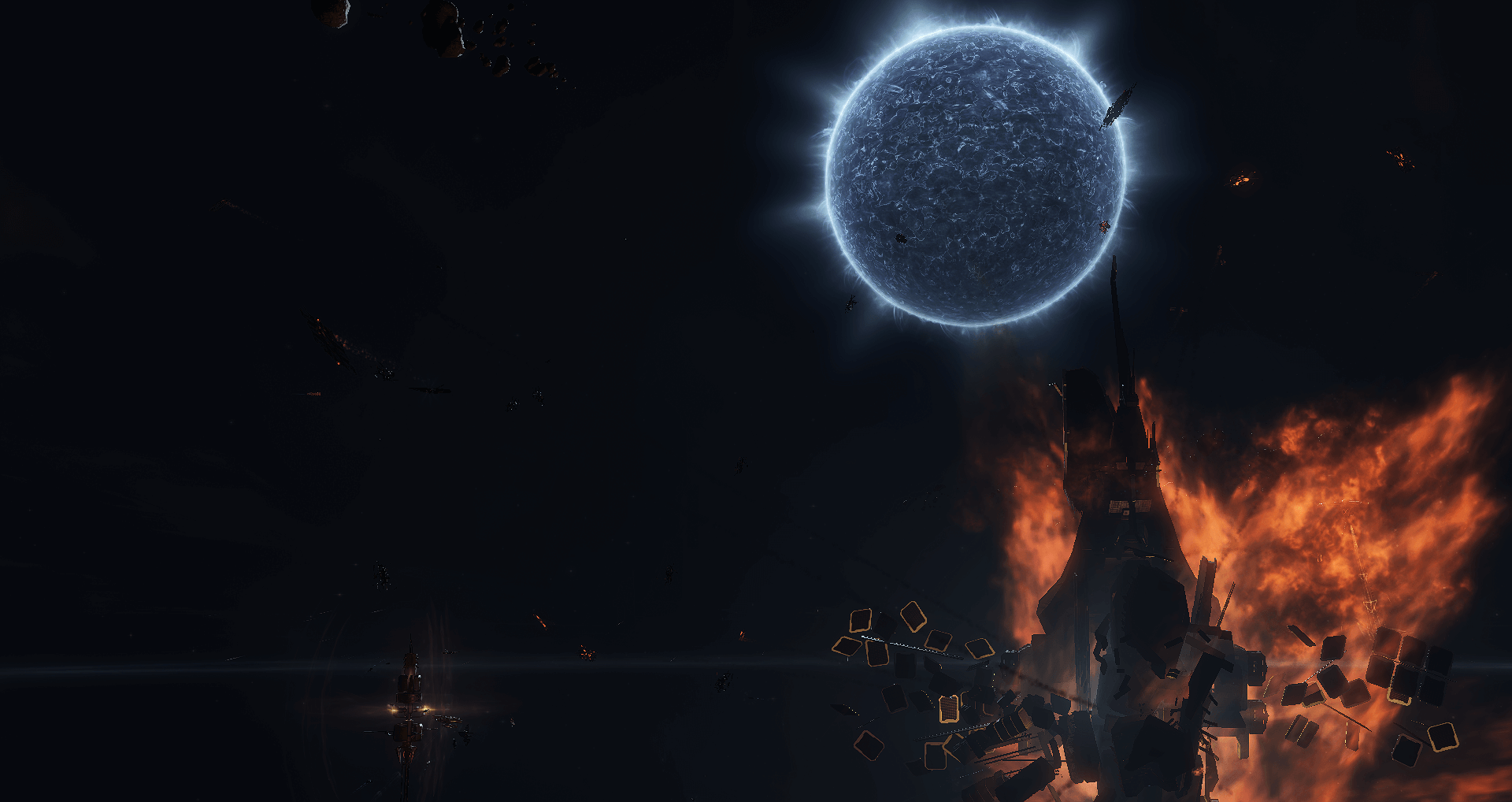 Above: EDENCOM facility wreckage burns after destruction by Triglavian and allied capsuleer forces.

Niarja, Domain - The Battle of Niarja represented the most high-intensity struggle between EDENCOM loyalists and pro-Triglavian capsuleers during the invasions, with preliminary estimates indicating total capsuleer presence in Niarja above 600 pilots during key engagements and sustaining system populations of over 500 capsuleers locked in combat for many hours.

With EDENCOM and Imperial forces stretched thinly across New Eden, the balance of power in systems invaded by Triglavian forces has usually been swayed by capsuleers fighting for one side or the other. The day-and-a-half Battle of Niarja is estimated to have involved the loss of over 40,000 vessels with perhaps as much as 10% of that total being accounted for by capsuleer losses on all sides.

EDENCOM Provost Marshal Kasiha Valkanir has thanked EDENCOM-aligned capsuleers for their "valiant efforts to secure this strategically vital system" and has promised that "despite this setback the forces of civilization shall prevail and ultimately defeat the Triglavian menace." Amarr Inner Circle delegate Captain Marshal Sirdan xer Qosh also praised "loyalist capsuleers and the forces of the Imperial Navy for their unstinting efforts." Ambassadors Keitan Yun and Devan Malate, respectively of the Minmatar Republic and Gallente Federation, have jointly expressed their "deep regrets at the loss of Niarja" and urged the Amarr Empire to "end all operations that threaten the EDENCOM alliance."

A particularly notable element of the capsuleer side of the Battle of Niarja was the presence of nullsec coalitions fighting on both sides of the struggle. The Legacy Coalition chose to support EDENCOM efforts to defend the system, and preserve a secure and direct route beween the heartlands of the Amarr Empire and Caldari State.

The response to this decision by the Imperium, Legacy Coalition's opponents in a major Outer Regions war, was to support Collective and pro-Triglavian capsuleer efforts. Claims and counter-claims have flown between the nullsec powers, and established pro-EDENCOM and pro-Triglavian capsuleer forces, but the overall balance of power was tilted decisively to the invaders' favor by the combined efforts of ideological "Kybernauts" and the Imperium. 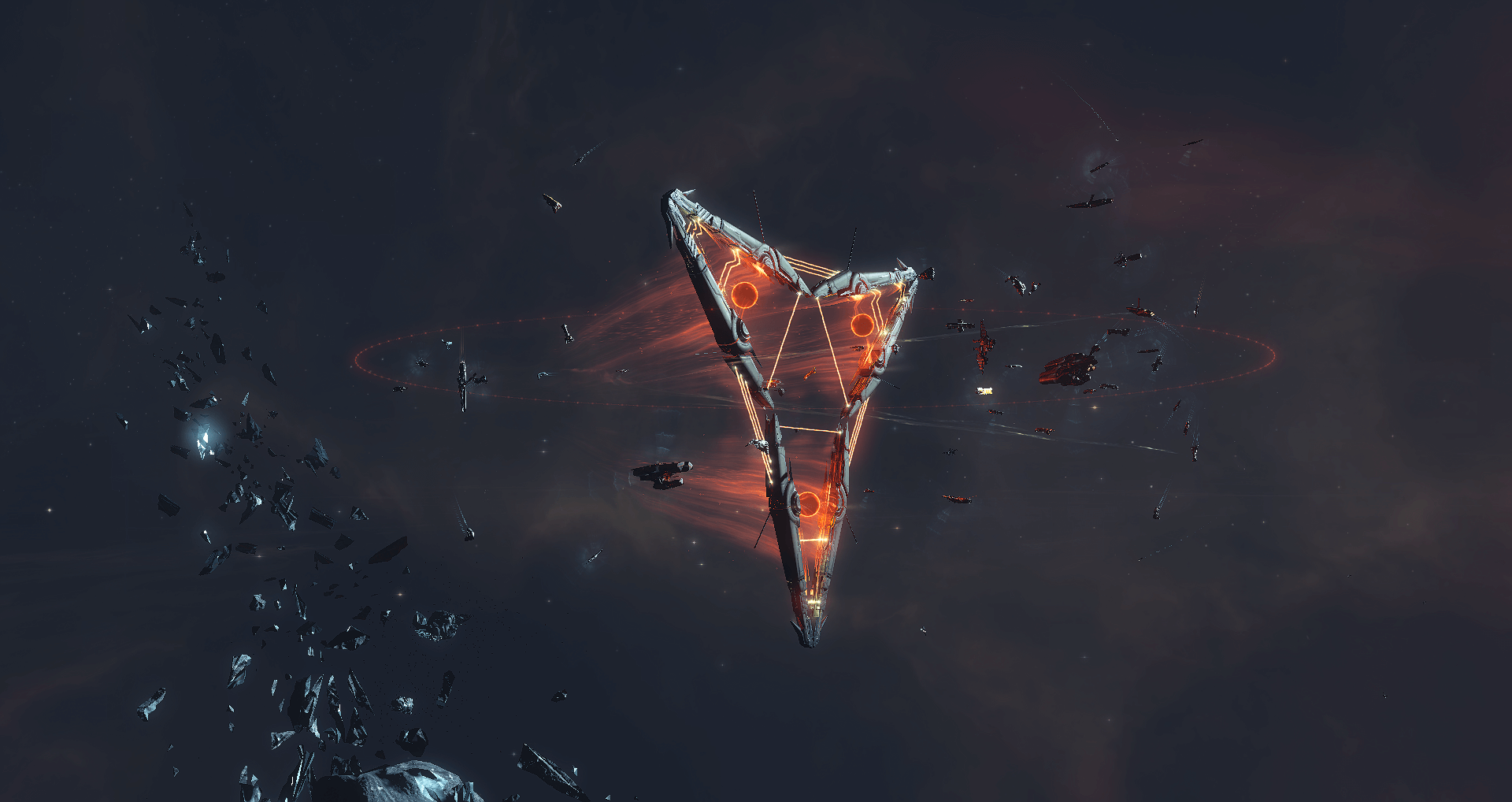 New Caldari Prime - The Caldari State's loss of Tunudan system, during the Battle of Niarja, and the subsequent loss of the Ahtila system, have caused further uproar and unrest in the Caldari State. With the direct trading link to the Amarr Empire effectively cut, mid-tier executive classes and workers alike are expressing fears of the economic consequences as well as reacting to the seeming collapse of Caldari State military fortunes in the war itself.

Several megacorporation spires and arcologies on New Caldari Prime have seen their parks and market squares inundated with worker protests, with corporate security forces limiting themselves to blocking access to upper tier zones and vital infrastructure. While the protests erupting on New Caldari Prime itself are a mark of the anger and confusion amongst workers on the capital planet, there have been uncounted incidents of protest and unrest across the Caldari State.

Protests are particularly lively in corporate territories controlled by the Hyasyoda, Ishukone, Kaalakiota, Sukuuvestaa and Wiyrkomi megacorporations, with it being clear that their corporate security and military forces are under orders to act with extreme restraint. However, even territories controlled by CBD, Lai Dai and Nugoeihuvi are seeing protests despite the reputation for harsh responses from the security forces of those megacorps.

The Chief Executive Panel has been in emergency session for two days and it is rumored that a universal state of emergency will be declared amidst talk that the leadership of the Caldari Navy and other branches of the State Armed Forces are under house arrest. Corporate security force officers from all of the "Big 8" private militaries have reportedly been organized into a "Transitional General Staff of the Corporate State of the Caldari People" under the direct authority of the CEP.

While corporate security forces have shown exceptional restraint in the face of worker protests, it has been reported there have been raids against underworld groups and clashes with alleged Templis Dragonaur cells, Guristas Pirate affiliates, and even gangs loyal to the Angel Cartel. While there has been silence from the upper echelons of the Caldari Navy, senior field officers have criticized the planning and execution of the recent refit of units seconded to EDENCOM service. Some line officers have also spoken of sabotage and subversion by Provists attempting to "undermine the order of our Corporate State."

External observers of Caldari State politics, particularly in the Gallente and Minmatar media, are even speculating that a long-burning "corporate shadow war" is about to break out into open conflict. Advocates of this theory point to a number of incidents in the last five years and more indicating corporate conflict and re-alignment of interests within the State.

Yulai, Genesis - Scientists have warned of "highly Unusual and localized space-time anomalies", with preliminary findings confirmed by the Exoplanets Research Division of CONCORD's Project Discovery. The detail of the report indicates that the star systems of KBP7-G, PF-346, M-OEE8, and R3-K7K are exhibiting "signs of localized deformation of the space-time topology with characteristics sharing similarities with both unstable wormhole formation and space-time conduits as formed by Triglavian technology."

Obervations by a number of scientists in the Gallente Federation and Minmatar Republic have been the result of an ongoing research project into the disruption of space-time topology in the New Eden cluster, an effort sponsored jointly by the University of Caille and the Republic University. The University of Caille's Department of Astrometrics and Cosmography has been working in close collaboration with the Inter-Tribal Circle of Cosmology based at the Republic University's Illuin School of Astrophysics.

A minority of scientists across New Eden have developed a view that the space-time "fabric" local to the New Eden "hyper-density formation" star cluster has been severely disrupted in recent years. The theory holds that this disruption has accumulated due to incidents such as the unstable wormhole emergence event, popularly identified with the "Seyllin Catastrophe", and the so-called "superluminal stellar event" at W477-P, popularly known as "Caroline's Star." Leading theorists do accept that the superluminal aspects of the Caroline's Star incident is most readily explained by the formation of vast numbers of nanoscale wormholes through which photonic energy from the supernova was scattered across New Eden.

While many mainstream scientists view the more radical interpretations of such recent events as "bizarre hokum" and "not even wrong", the leading academics of the joint project between UoC and RU are known to believe all avenues must be explored in explaining what is happening in New Eden. The Triglavian invasion, in their view, fits into the pattern as a third major event with the manipulation of multiple stars by the Triglavians "almost certainly disrupting the local cluster's topology yet further."