The Scope's Galactic Hour with Ret Gloriaxx brings your roundup of the latest news from around the cluster as PKN Interstellar launches its gelbrain-based Expert Systems service, the Amarr Empire celebrates the erection of imposing memorials to past rulers, and capsuleer achievement is glorified in monumental installations.

Jita, The Forge - Capsuleer Expert Systems providing supplementary access to pilots skills are launching today as the latest radical new service offered by the PKN Interstellar consortium. Based on clone gelbrain and skill injector technology, together with Lai Dai's subcranial nanocontroller technology, the "Expert Systems" are specially configured biocomputers that remotely add their skills to those of the capsuleer renting time on the service. PKN Interstellar is believed to be guaranteeing real-time communication via its proprietary HyperNet FTL communications network.

Despite the appearance of advanced artificial intelligence being used in contravention of the Yulai Accords, the PKN Interstellar consortium has responded to criticisms along these lines by noting the certification of "Restricted AI Compliance" it has received from CONCORD's Department for Enforcement of Restrictions on Artificial Intelligence and Life (DERAIL).

PKN's Expert Systems services are initially being made available in a variety of packages supporting core ship operations, mining and exploration. PKN member and media powerhouse Nugoeihuvi megacorp is taking a leading role in marketing the services under its existing "Expert" branding but the services have been developed with contributions from a number of PKN members and partner corporations. 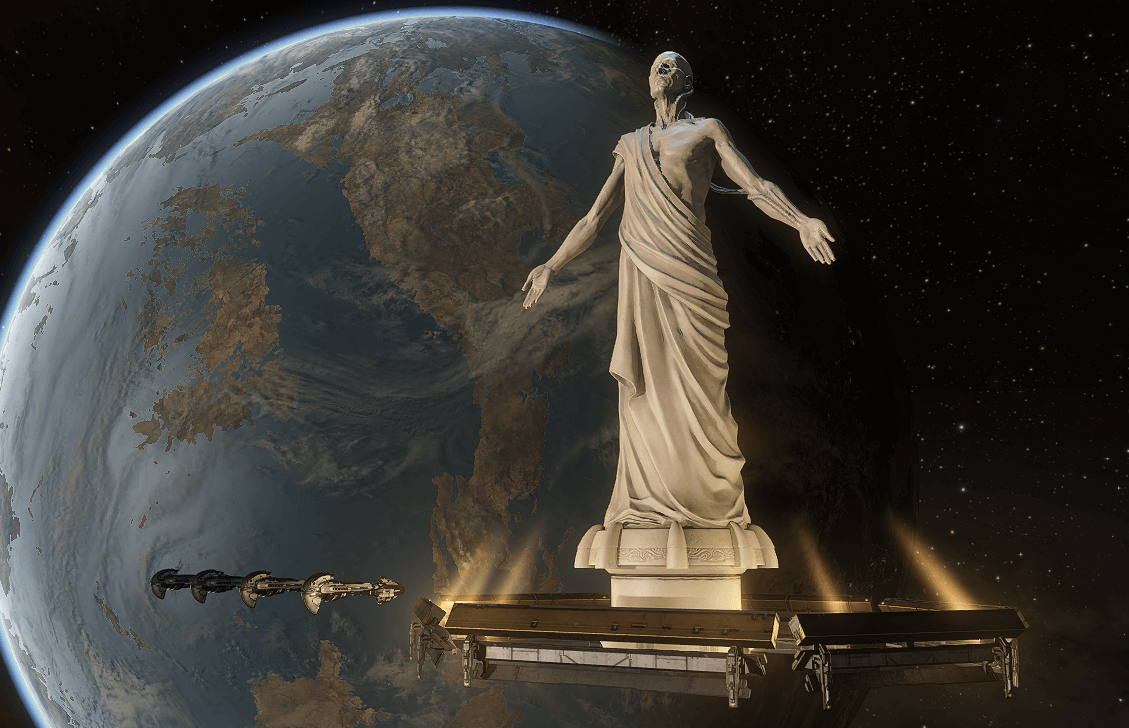 The monument to Emperor Doriam II orbits the planet Eclipticum (Kor-Azor Prime IV), named for the capsuleer champion who led the Kor-Azor team to victory in the YC105 Amarr Succession Trials. Emperor Doriam II carried out a successful foreign policy based on the peaceful policies of his predecessor Heideran VII. His reign also saw a campaign to reclaim systems in the Bleak Lands overrun by Blood Raider cultists. While this campaign was overwhelmingly successful, Emperor Doriam II was subsequently assassinated in the Imperial Palace. It is now believed that members of the "Red Chamberlain" Dochuta Karsoth's cult cell were behind the YC107 slaying of Doriam.

The monument to Empress Jamyl I has been placed above Mekhios (Sarum Prime III), amongst the wreckage of the ship graveyard marking the Battle of Mekhios, the occasion of her dramatic return, apparently from the dead, and her victory over a marauding Minmatar fleet. Jamyl was acclaimed Empress in the aftermath of the Elder Fleet invasion's defeat, and instituted a number of innovations in the administration of the Amarr Empire. Her reign was marked by the appointment of Royal Houses to oversee various arms of the Imperial bureaucracy and outlying territories, and the reunification of the Khanid Kingdom with the Amarr Empire. Empress Jamyl I was killed when her personal Avatar -class Titan was destroyed by a Drifter strike force in YC117. 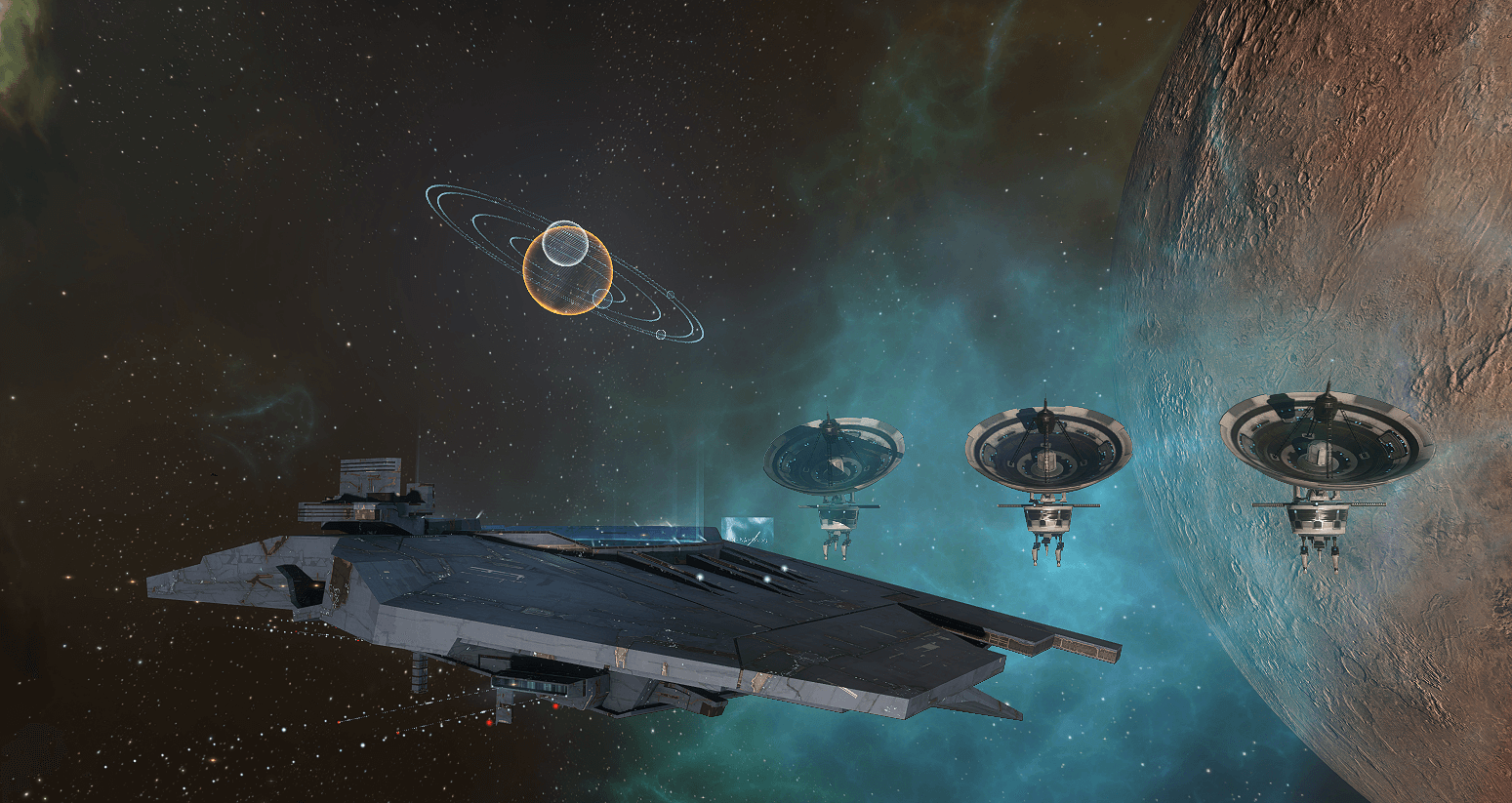 Yulai, Genesis - CONCORD's Project Discovery and Independent Gaming Commission divisions have unveiled their own monuments to the achievements of the capsuleer community in recent years. A monument to Project Discovery's second phase, the exoplanets hunting effort led by Professor Michel Mayor, has been established in the Pakhshi system, orbiting the twentieth moon of Pakhshi IX. The Independent Gaming Commission has established its monument in the form of statue personifying "Victory" and an array of pedestals marking the winners of the popular capsuleer Alliance Tournaments, placing it in orbit of Manarq V.

In addition to these monuments, the legendary capsuleer industrialist Chribba has been honored with a statue in the Amarr system. A joint project of the HZO Refinery corporation and the Upwell Consortium, the statue of Chribba was authorized for placement in the first asteroid belt of Amarr VIII by the Court Chamberlain on behalf of Empress Catiz I. The monument honors Chribba's services to the industrial development of Amarr, his work with Amarr mining corporations, and his many efforts to promote ethical capsuleer trade. 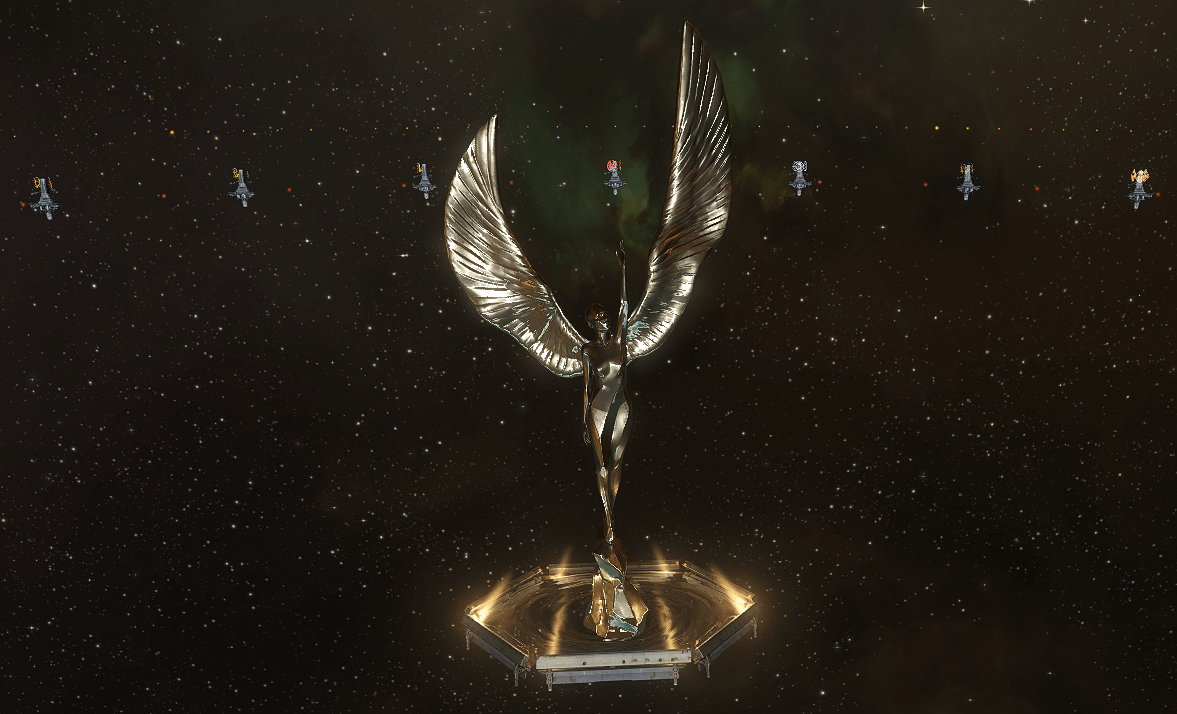 Tanoo, Derelik - Empress Catiz I has begun a previously unannounced tour of the Ammatar Mandate, according to reports from ACN. The visit is being reported as a "lengthy tour of inspection" of the Ammatar Mandate, a territory controlled by the Royal House of Ardishapur and administered by Lord Governor Ekroz Salaf, the first Ammatar to be elevated to the Amarr holder nobility.

Empress Catiz I travelled to the Ammatar capital world of Tanoo II with her personal honor guard fleet and is being accompanied on the tour by Royal Heir Arim Ardishapur. Imperial Navy and Ammatar Fleet units are on high alert across the Ammatar Mandate, with border patrols by local forces supplemented by Imperial Navy and Imperial Guard units. 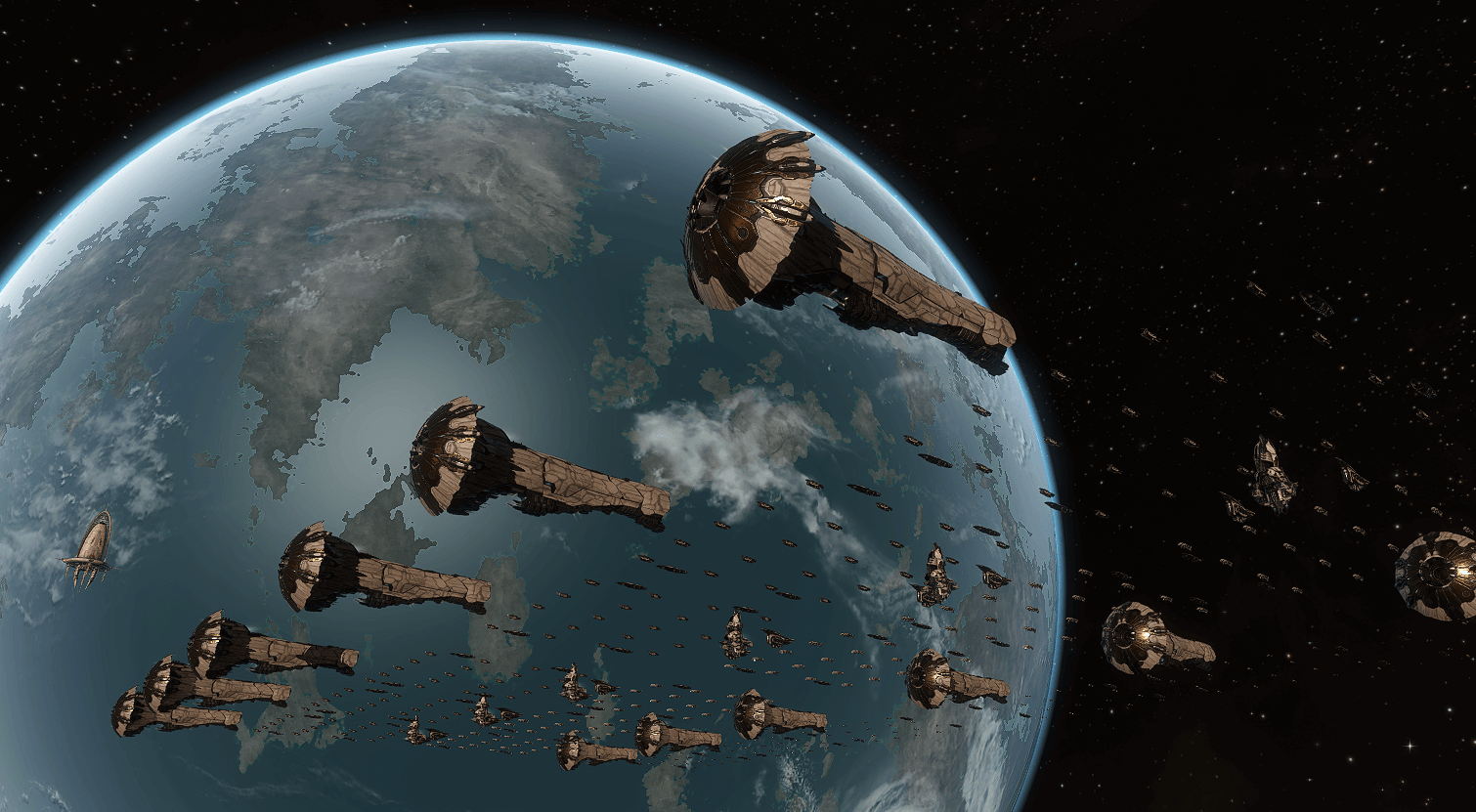 Above: Empress Catiz I Honor Guard Fleet in Orbit of Tanoo II