The Scope's Galactic Hour with Ret Gloriaxx brings your roundup of the latest news from all across New Eden as the Triglavian invasion's expansion into low-security space is accompanied by reports of new construction efforts in the depths of Abyssal Deadspace.

Yulai, Genesis - After a week of sustained conflict in multiple new war zones, the CONCORD Inner Circle has declared the expansion of Triglavian invasion operations into the low-security periphery "major new war fronts" and authorized the release of resources from the New Eden Defense Fund to enhance local defense capabilities in afflicted zones.

Speaking to the press at the DED's weekly war briefing, Star Marshal Kjersidur Elladall stressed the importance of local defense forces to the fight against the Triglavian invaders. "CONCORD forces are involved at every level of this war but we are ultimately limited by constraints on personnel, materiel and our many other responsibilities under CONCORD Assembly mandates. Speaking frankly, we are grateful that the large bulk of our personnel who are seconded from core empire militaries continue to be available to the DED under authorization of their national leaders. I can only welcome the Inner Circle's decision to release more resources from the New Eden Defense Fund to bolster local authorities in their defense planning and implementation."

Khanid, Aridia and Molden Heath - News from the low-security fronts is mixed but overall reported to be stable. A serious Triglavian strike into the Khanid Kingdom's Seevadin constellation was successfuly repelled by the efforts of capsuleers and Royal Khanid Navy forces under the command of Royal Commodore Arraz Nomarya. "We are most grateful to loyalist and allied capsuleers for their contribution to the security of the Khanid Kingdom, particularly in the face of these demonic invaders from the abyss," said Commodore Nomarya from his Vezila system HQ.

In Aridia's Mayonhen constellation, the RKN taskforce personally commanded by Queen Zidarez Khanid, who continues to hold her rank of Grand Admiral, has met with stiff resistance from Triglavian forces. Reportedly, there has also been some interference by "outside agitators hindering the common defense of civilization", as the RKN press office put it. Reports that Sardar Marshal Soshan Fayez has led a landing of his 7th Asbara Cyber Knights in a southern region of Mishi IV are as yet unconfirmed. A wing of the Kador House fleet has also arrived to join in the defense of the constellation, having been released from the defense of Kihkounad constellation in Genesis.

On the other side of New Eden, a Triglavian incursion into the Almur constellation has been the scene of fierce fighting between the invaders and local defenders, including capsuleers and units of the Molden Heath Fleet Reserve under the command of Regional Commandant Kanth Filmir. A retired Republic Fleet Admiral, Commandant Filmir has been the head of the Molden Heath Fleet Reserve for eight years. Despite falling out of favor over a decade ago, and holding a reserve position focused on training and logistics, Commandant Filmir has been given overall command of the combined local militias and reservist forces in Molden Heath due to his extensive combat leadership experience during a long career in the Republic Fleet proper. 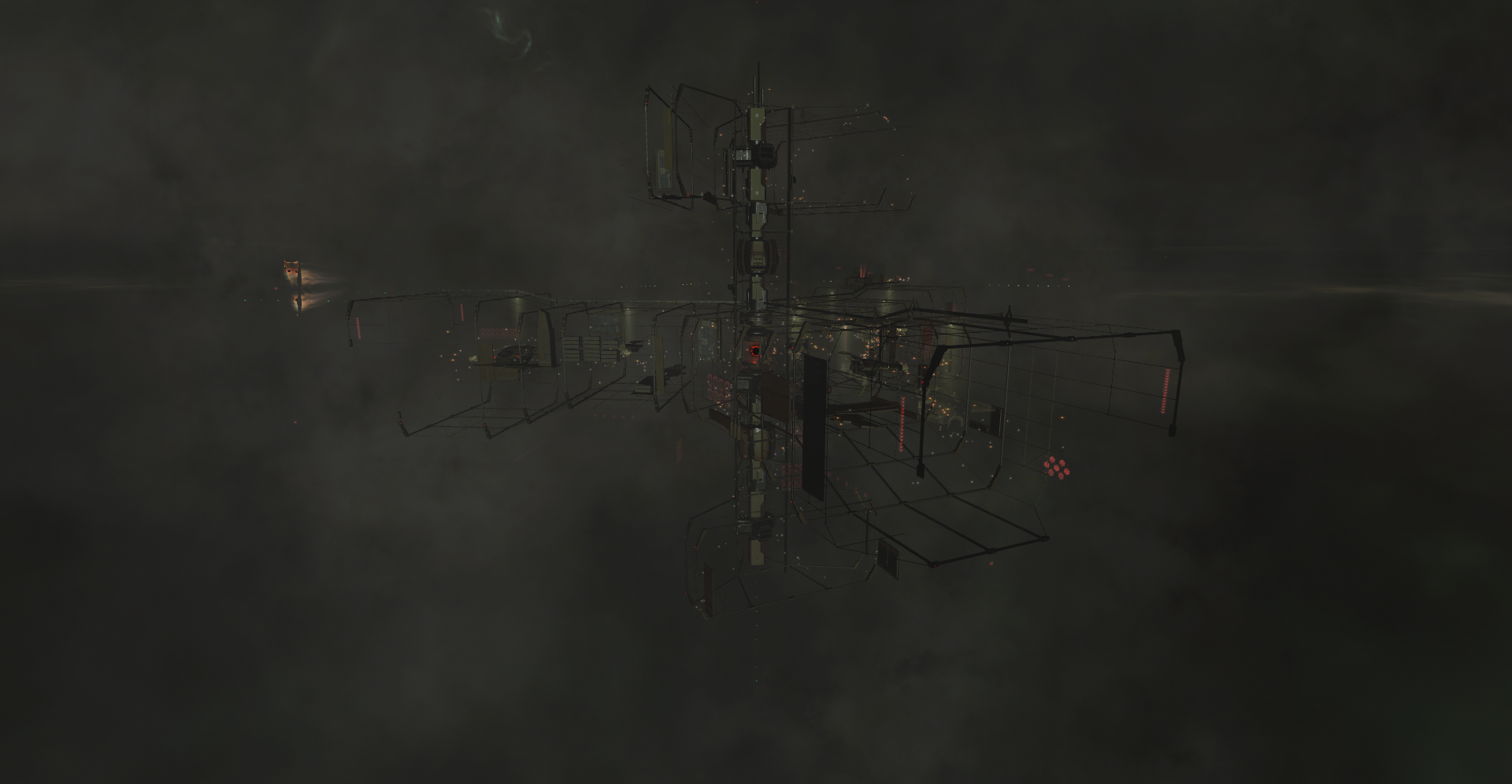 Yulai, Genesis - In a brief statement, the CONCORD Directive Intelligence Agency has confirmed that reports by capsuleer explorers of a new series of Triglavian construction platforms in Abyssal Deadspace are accurate and "certainly indicate ongoing efforts by the Triglavian Collective to enhance their military capabilities in the light of experience and intelligence they have gained during their operations in New Eden." Analysis of the construction arrays suggests a program of capital ship building has commenced but the CDIA considers this a "provisional assessment of the available intelligence".

The existence of Triglavian construction capacity in Abyssal Deadspace pockets has been the subject of considerable debate among military experts since the discovery of the Xordazh-class World Ark shipyards some six months ago. Controversy has raged over the nature of Triglavian civilization and the continuing search for their home bases in the Abyss. Analysts are sharply divided on the question of whether the Collective exists in a nomadic mode or if it in fact maintains major population centers deeper in the mysterious domains of Abyssal Deadspace. Capsuleer explorers and commentators are also hotly debating the issue with no clear consensus emerging as yet.

Jita, The Forge - The PKN Interstellar consortium has held a combined summit meeting and celebration aboard the Jita 4-4 Caldari Navy station with early work on the group's trade hub expansion project underway. Founder corporations of PKN Interstellar are led by CBD, Lai Dai and Nugoeihuvi, the three megacorps comprising the Pikotsaunen Kaatso Nuijaa , or "Dark Forest Business Club". Other major corporations joining or investing in the consortium also have delegations in attendance with Quafe, Impro, Khanid Works and Tash-Murkon Investment Bank notably present.

Rumors that the Aliastra corporation was also joining PKN Interstellar have proven to be false but major FTL provider Semiotique Superluminal and the Thukker Tribe's Trust Partners have been confirmed as investors and have a presence at the summit. Accusations of "dark money" being funnelled to PKN Interstellar from the Serpentis Corporation via the Leisure Group have been robustly denied by PKN's public relations officers. The celebrations are formally being hosted by the Modern Finances bank and local sources have exclusively revealed to Ret Gloriaxx that large quantities of luxury canapes, using ingredients such as premium Hanging Long-limb roes and rare varieties of Lirsautton melons, have been ordered in from high-class Jita 4-4 restaurants. The Caldari Navy has referred all requests for comment to the CEP's press office.