The Scope's Galactic Hour with Ret Gloriaxx brings your roundup of the latest news from all across New Eden as tax and brokerage rises come into effect across SCC regulated markets.

Yulai, Genesis - Following the swift passage in the CONCORD Assembly of the New Eden Defense Fund Act YC121 (NEDFA), the Secure Commerce Commission has implemented the increases in transaction tax and brokerage fees called for by the funding provisions of the legislation. Base tax has increased from 2.00% to 5.00% on SCC market transactions, while the base brokerage fee has risen from 3.00% to 5.00%. 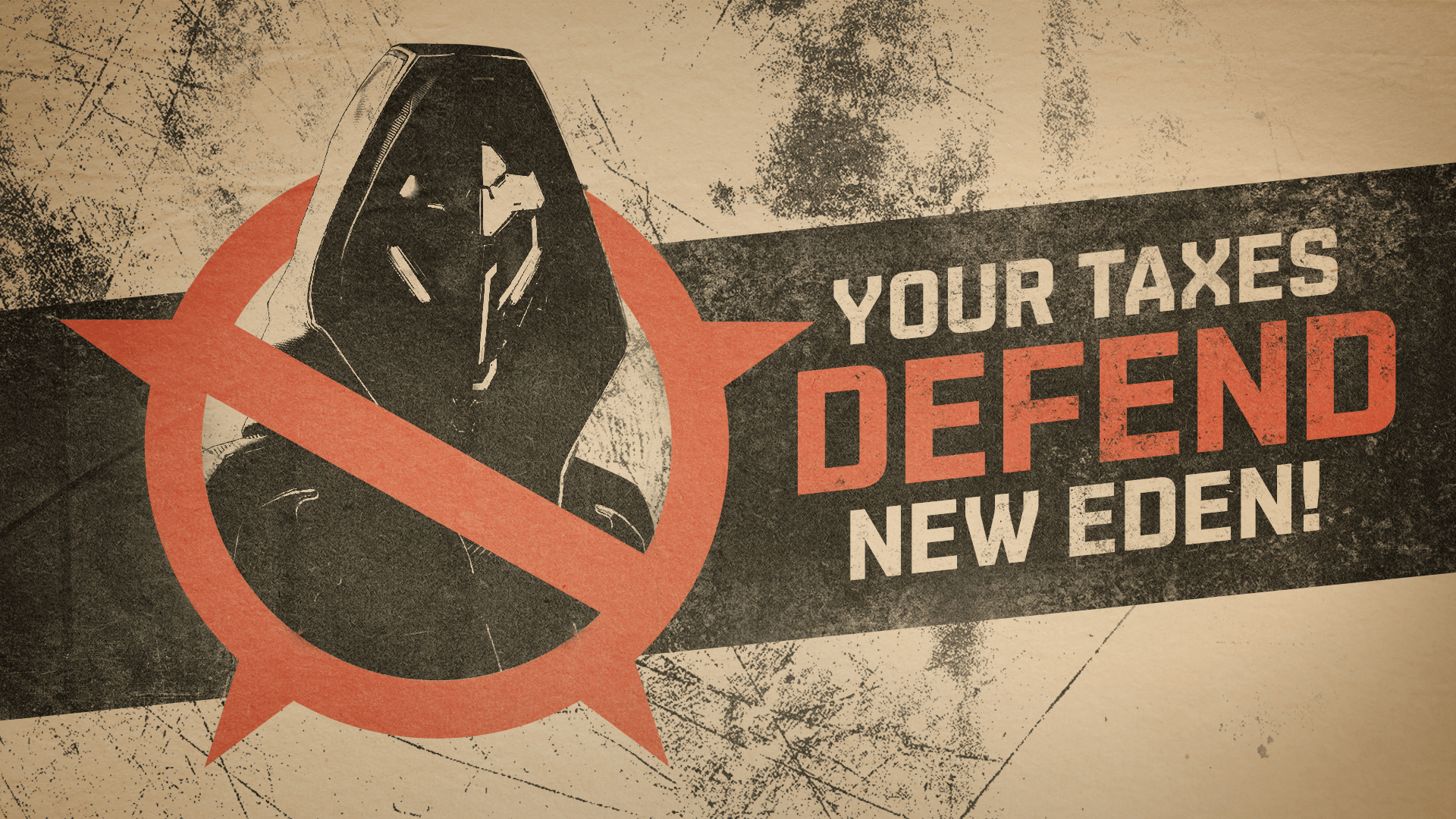 Improvements to the SCC tax code mean efficient accounting and brokerage negotiations will provide significant reductions in taxes and fees. However, minimum tax and brokerage fees will still be above levels currently achievable through skilled accountancy and good relations with market operators.

The DED's Star Marshal Kjersidur Elladall commented, "With the resources provided by the New Eden Defense Fund, the fight against the Triglavian invasion will be joined by renewed fleets and benefit from improved defenses across the cluster."

Intaki, Placid - Despite protests from the Intaki Assembly, Federal Senate and Mordu's Legion, the Lai Dai Protection Service (LDPS) has refused to withdraw its forces from several locations on Intaki Prime. In legal filings at the Caldari Business Tribunal, Lai Dai representatives confirmed that the Onikanabo Brigade (OB) private military company is operating on the planet under contract with the megacorporation.

The fifth planet of the Intaki system, and ancestral homeworld of the large and influential Intaki diaspora, has been the scene of low-intensity conflict since the Onikanabo Brigade and LDPS began operations there almost two months ago. The threat of serious warfighting was at its highest levels when OB and LDPS forces broke out of fortified positions at the Kainta Yavaat Transorbital Launch Facility in the foothills of the Northern Akat Mountains. Their subsequent sweep through Ida monasteries and attached research centers in the region brought them into conflict with units of the Intaki Assembly's militia.

Serious fighting was avoided as the overmatched Intaki militia units were forced to retreat south to secured zones around the Intaki administrative capital of Navyii Akat. Units of the Condotta Rouvenor and Isuuaya Tactical PMCs are reported to have established a defensive line around Navyii Akat, while Mordu's Legion has confirmed it has deployed freshly-arrived troops at positions defending Lenoika, the largest city of Intaki Prime and the cultural capital of the planet.

Reports of heavily-defended LDPS convoys moving back and forth between Kainta Yavaat and a number of locations in the Northern Akat Mountains have been independently confirmed by CONCORD conflict monitors. Colonel Aina Yuminoro of the LDPS 203rd Combined Asset Protection Regiment issued a statement declaring her unit's operations to be "in accordance with Caldari State corporate law and principles of reclamation from conflict zones and territorial possessions of the Caldari people."

Matar, Pator -- A "terrorist attack" on a Sebiestor Tribal Marshals convoy has killed three marshals and apparently resulted in the kidnapping, or escape from custody, of the so-called "Sundsele Six", a group of defense officials from the Mikramurka region under suspicion of negligence or sabotage following a recent Blood Raider attack on the Sundsele urban coastal zone of the Northern continent of Matar.

Although reports are confused, it appears that the Sebiestor marshals took charge of the Sundele Six this morning, following their arrival on a secure RSS flight into the Dokvat Airport south of Sundsele proper. A convoy of Tribal Marshals vehicles carrying the prisoners was apparently in transit along the stretch of the Snow-Eater Road between Dokvat and Sundsele when they were assaulted by a heavily-armed force.

One report has stated that the Snow-Eater Road was blocked by an overturned road-train, forcing the convoy to slow and attempt to pass by the highway's hard shoulder. The lead and rear vehicles of the convoy were disabled by rocket-propelled grenades while the prisoner transport was passing the road-train. An eye-witness has stated that masked "terrorists" then assaulted the transport and seized the six being held within. The three dead Sebiestor marshals are understood to have been killed in the RPG strikes on their vehicles. Several more marshals are seriously injured and a number of bystanders are suffering from light shrapnel wounds.

Responding to the news, Khumatar Allek Berialsh, Matar Planetary Security Co-ordinator, said, "This shocking attack clearly has the aim of thwarting the search for truth and justice over the Sundsele attack. Matar Planetary Security will be assisting the Sebiestor Tribe with every means at its disposal." Chief Acassa Midular of the Sebiestor Tribe said, "My thoughts are with the families of our dead and injured Tribal Marshals, and also with those of the six Mikramurka officials who remain innocent in the eyes of the tribe until otherwise shown to be guilty. Sebiestor security and investigative forces are hard at work on the Snow-Eater Road, in Dokvat and in Sundsele. Justice will be done for all those who have suffered from these vile terrorist attacks."