The Scope's Galactic Hour with Ret Gloriaxx brings your roundup of the latest news from around the cluster, as CONCORD and the empires respond to crime, terrorism and cults in the chaotic aftermath of the Triglavian invasions and stargate disruptions.

Yulai, Genesis - CONCORD's elite Special Affairs for Regulations and Order (SARO) division has been authorized by the Inner Circle to hunt down Triglavian agents, supporters and infiltrators across all CONCORD member states, subject to local jurisdiction in territories not covered by the Yulai Accords and Convention.

In practice, the move is aimed at rooting out Triglavian infiltration of space industrial infrastructure and any relevant facilities on planetary bodies. The agreement of the Inner Circle's core empire delegates was critical to permitting SARO operations of such sweeping scope in territories not normally subject to CONCORD law enforcement.

Colonel Oveg Drust of SARO Command Liaison noted that, "the primary jurisdiction and role of local law enforcement agencies will naturally be respected and SARO units will generally be operating in a support role." Asked to comment on the effect on capsuleers, Colonel Drust responded, "capsuleer activity is covered by the Yulai Convention and CONCORD law enforcement is bound to respond within the limits laid out therein. Whether the Accords and Convention require updating is a matter for political direction. However, SARO is concerned that Triglavian subversion and infiltration may impede necessary work to ensure the security of New Eden."

Reform of the Yulai Accords and Conventions is notoriously slow, requiring highly technical negotiations subject to veto at several stages by Inner Circle and CONCORD Assembly delegations. Moreover, rumors of factionalism within the CONCORD administrative apparatus and the ambiguous role of the Society of Conscious Thought swirl around political and diplomatic sectors in Yulai. CONCORD's institutional inflexibility is noted by many observers as one reason the core empires demanded the formation of EDENCOM. 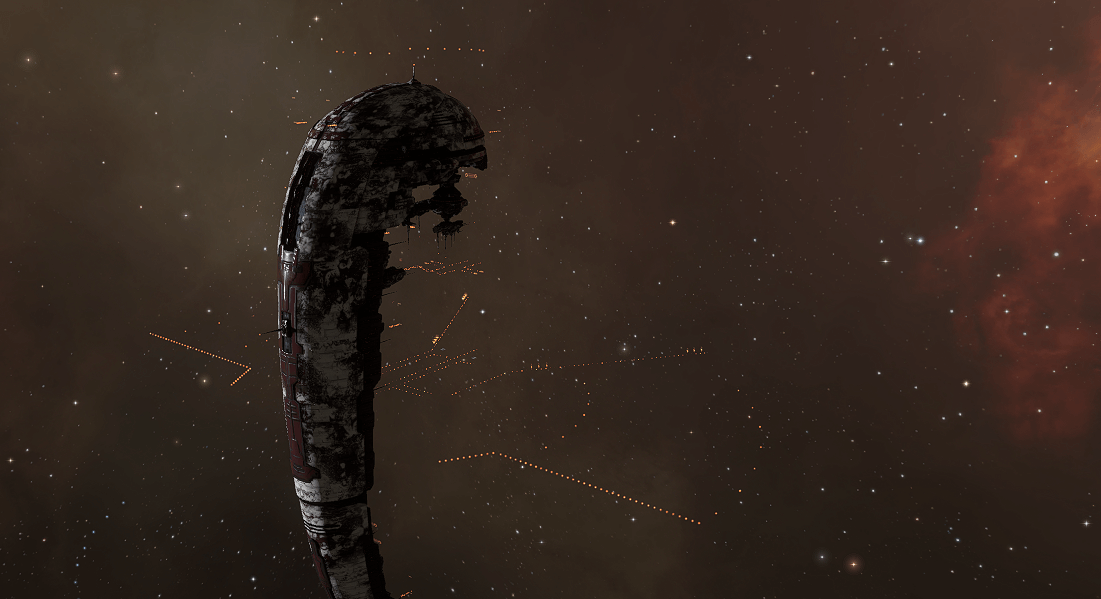 Sarum Prime - House Sarum has formally lodged records of its increased investments in private mercenary companies with the Amarr Trade Registry and Imperial Chancellor's Office. Additionally, major investments in rearmament and recruitment programs have been filed, indicating that House Sarum intends to take a prominent role in the rebuilding of the Amarr Empire's military capabilities following the gruelling war with the Triglavian invaders.

The increased used of PMCs by House Sarum is believed to be a measure bridging the gap in forces available to it to meet its commitments in the Sarum Military Circuit of the Amarr Empire. Increased Blood Raider activity throughout the fringes of the Amarr Empire has been reported, with the extensive holdings of House Sarum in Devoid and the Bleak Lands exposed to this threat. The chaos of the Triglavian invasion is considered by the Ministry of Internal Order to have "enabled the insidious Sarikusan sects to infiltrate isolated colonies and convert them to the vile Blood cult heresy."

House Sarum has responded by carrying out raids on Blood Raider installations but is rumored to be preparing a major offensive on cultist bases and purge operations in colonial settlements. The Shining Flame company, a major Amarr PMC associated with House Sarum, is reported to be among the beneficiaries of the buildup spearheaded by the Sarum military. The ruthless reputation of the Shining Flame has caused disquiet in the frontier settlements of the Empire. The uncertain situation has also led to an increase in the alert status of the Minmatar Republic Fleet's patrols along the border with the Amarr Empire and Ammatar Mandate.

New Caldari Prime - Corporate security forces have carried out raids on alleged "criminal anti-corporate subversives" in several megacorporation territories across the Caldari State. The largest raids were carried out on New Caldari Prime, particularly in the satellite corporate districts around Landfall City. The Chief Executive Panel has issued orders to the Caldari Navy and State Peacekeepers to "co-operate fully with all corporate security operations against criminals and terrorists."

Units of Lai Dai Protection Service, NOH's Internal Security, and Sukuuvestaa's Peace and Order Unit have been particularly prominent in carrying out sweeping operations in their corporate districts, and outlying towns and cities controlled by their parent megacorps. All megacorporate security forces have to some extent been involved in a clearly co-ordinated sequence of operations that the CEP has declared "necessary to secure the good order of the Caldari State and the future prosperity of all citizens in our corporate way of life." Security operations have extended to vital space infrastructure, including the Caldari Navy's Jita 4-4 station and its ongoing expansion works, said by PKN Interstellar to be back on track following the invasions.

Despite the relatively light touch shown by megacorps such as Hyasyoda, Kaalakiota and Wiyrkomi on New Caldari Prime, security operations on worlds beyond the core have been reported by numerous witnesses to be "brutal and indiscriminate". An official of Ishukone Watch, speaking on condition of anonymity, has told a Scope News correspondent of her "shock and horror" at seeing reports of Intara Direct Action forces being used as contractors in CBD-controlled corporate territories. The Scope requested comment from CBD and Spacelane Patrol but no response has been received.

The security operations come soon after an alleged increase in violence by protestors against the State's conduct of the Triglavian war. Spacelance Patrol has gone so far as to link last week's assassination of Kurt Tansaaki to the protest movement. Tansaaki was the former Executive Governor of a Deep Core Mining Inc. colony on Kaunokka III, evacuated with the DCMI executive staff before the fall of Kaunokka system to the Triglavian Collective. 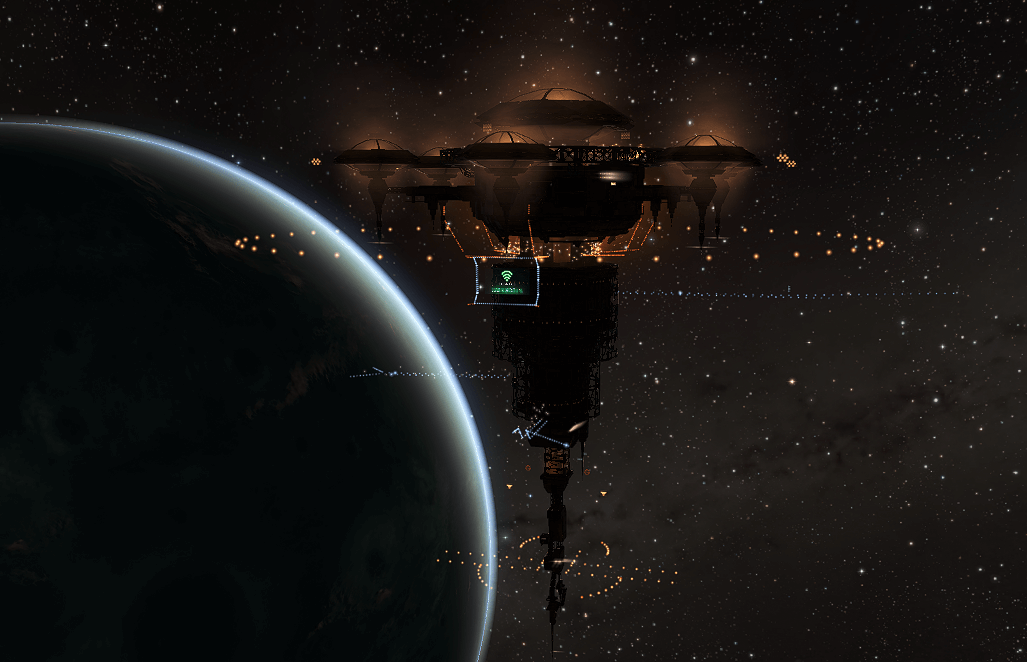 Aufay, Sinq Laison - Angel Cartel activity in Gallente Federation and Minmatar Republic space is on the rise, according to a joint statement issued by the Federal Intelligence Office and Republic Security Services following a security co-operation summit in Aufay system. Angel Cartel infiltration of industrial and financial operations is a particular source of concern to the two security services, with an increase in smuggling also noted.

The RSS has also noted an increase in people-trafficking carried out by the Cartel, and use of slave labor by industrial operations in fringe systems. Angel involvement in manufacturing and smuggling of all manner of illegal and counterfeit goods has been of great concern to the Minmatar authorities, with the Gallente Federation noted as a major destination for such products.

The FIO and RSS have committed to further co-operation in the fight against the Angel Cartel and its affiliates. In addition, the use by the Cartel of outlaw mercenary units and renegade warclones will be met by the development of dedicated FIO and RSS units modelled on SARO's 'Red Troop' counter-warclone unit.