The Scope's Galactic Hour with Ret Gloriaxx brings your roundup of the latest news from all across New Eden as Zorya Triglav continues to broadcast propaganda and potential candidates for the highest office of the Gallente Federation manoeuvre for position.

Yulai, Genesis - As the invading forces of the Triglavian Collective continue their strategic shift of operations from the deployment of World Arks to increased activity focused on stars, CONCORD's Inner Circle has re-emphasized the importance of supporting DED and empire fleet operations against Triglavian Stellar Observatories and in defense of CONCORD installations. The Inner Circle authorized a release of Quantum Entangled 4-Helium from its war reserves this past weekend, matching this with a few days of tax relief to promote increased capsuleer industrial and market activity.

As the demands on the New Eden Defense Fund continue to be considerable, the tax relief measures ended Monday and CONCORD continues to deploy assets to monitor stellar activity, Triglavian operations and to defend member state systems, planets, and other orbital bodies and installations.

CONCORD's Special Affairs for Regulations and Order (SARO) division is believed to be monitoring the extent to which capsuleers are heeding the propaganda broadcasts of Zorya Triglav, while the CONCORD Defense Intelligence Agency is working with the Secure Commerce Commission and member state partners to attempt to put in place blocks against Triglavian autonomous information warfare agents. 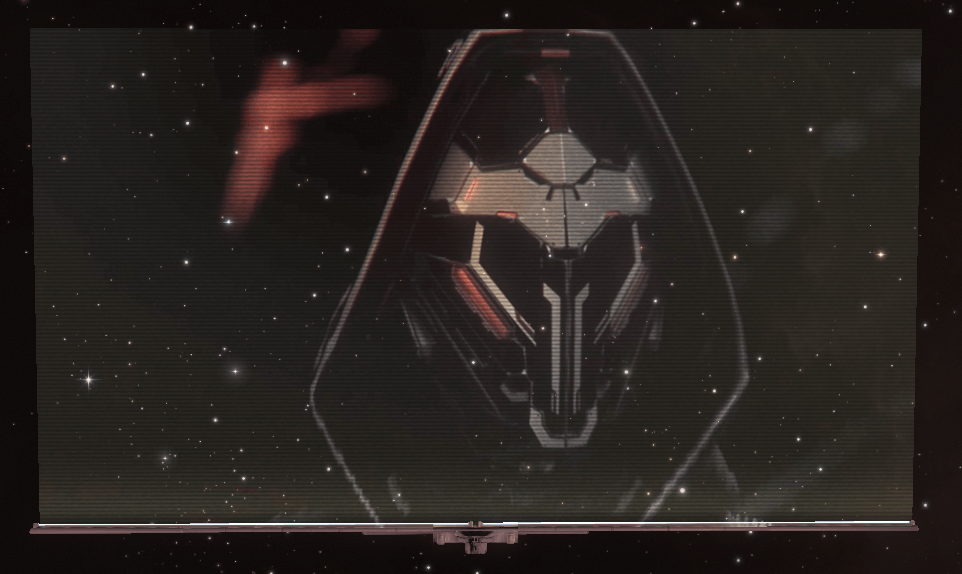 Libertopolis, Villore - After months of campaigning, debate, committee reviews, and numerous revisions to Senator Suvio Bellaron's original proposal, Head of Senate Aulmont Meis called a vote on the Federal Directive bill that would ban capital punishment at the Federal level and institute guidelines for its use at lower divisions of government. In the end, the vote was split 471-422 in favor, with 10 abstentions.

Responding to the news, outgoing President Jacus Roden issued a short statement: "As Federation President, I respect the decision of the Senate but I consider the issues raised by this Federal Directive too serious and far-reaching to be subject to an approval or veto process by myself as an outgoing, second-term president. I am therefore tabling this Federal Directive to Ban Federal Capital Punishment and Regulate Sub-Federal Punishment for the consideration of the next President of the Federated Union of Gallente Prime."

"We're unhappy with the Senate's decision, but we respect the outcome of the vote," Senator Faron Shu of Lirsautton commented. "We certainly support President Roden's wise decision to leave such a momentous and divisive issue to the president who will have to spend the next five years implementing this measure, if they agree it is actually needed. I cannot speak for the Sang Do council, but clearly a Supreme Court challenge is not necessary pending the decision of the new president."

Under the Federal Directive as passed, member states and districts can continue to use methods of capital punishment without rebuke, given that they satisfy a test of humane application and a delay period of a year between a guilty verdict and a penalty decision. The "humane application" stipulations would disbar further use of Lirsautton VI as a place of exile, as the Federal Administration considers such punishment an effective death sentence that would fail to satisfy the requirements, but would allow other forms like public executions. Previous drafts of the bill had called for condemnation of the latter. The bill stipulates a deadline of five years for member states and districts to implement legislation in the spirit of the guidelines.

Reacting to President Roden 's statement on the capital punishment bill, Senator Suvio Bellaron declared his intention to stand as a candidate for the presidency of the Gallente Federation: "As our understanding of intrinsic human rights evolves, our Federation is challenged to share that understanding and, at the same time, respect the developing understandings of our many cultures. I may have wished for more with this bill, but I appreciate the magnitude of our accomplishment. As President Roden has decided that the next president will take the decision on approval or veto of this Federal Directive, I am today announcing my candidacy for the highest office. This issue is vital to the future of law and peace in our Federation."

Notably, given Senator Bellaron's candidacy for the presidency, the Placid vote was largely in favor of the bill, but it did lack the support of Placid's Reborn Senators, who voted against. Senators representing sub-districts in Giatole and Marele more than made up for that, although some had thought they would largely vote against. "With years of hindsight, we've come to realize that we made poor decisions in the heat of the moment as citizens of the Federation. Maybe all of our decisions made in the heat of the moment are poor," a Mannar Senator said off-the-record on the matter of Anvent Eturrer. "I couldn't have supported the original draft even if I wanted to - my constituents would have recalled me on the spot - but the compromises reached in committee made it reasonable."

While some may have hoped for this hot button topic to be resolved before the Presidential and Senatorial Elections next February, the decision of President Roden has likely made this a major issue of the entire campaign. Though many had speculated that Senator Suvio Bellaron intended to make a run at the presidency, the delay in approval of his cherished capital punishment ban has given him a clear and distinct issue on which to base his campaign.

Caille, Gallente Prime - Governor Celes Aguard hosted the opening ceremony for the Renuiphoria this morning, sending regional political analysts into a frenzy of speculation that the governor of the Mies system, and former presidential candidate, is looking to another run at the leadership of the Federation in the coming election.

Governor Aguard's speech started with an overview of the feminine festival's history in Caille, then went on to lionize its inclusive nature and the appeal of its ideals across lines of identity. She compared her mixed Gallente/Jin-Mei heritage to the festival's cooperative spirit. At the end of her speech, the Governor started the celebration by tossing dried fruits and berries across the white brick streets.

The Renuiphoria originates from lunar festivals held during the Age of Rouvenor, which were used to place women with special skills together and allow them to find apprentices for their crafts. This especially applied to all arts from fine to sexual. In the post-industrial era, the Renuiphoria was the main route of distribution for new products such as birth control. According to myth, the Renuiphoria celebrates the days when the divine Charete rescued her sister, Renuit, from her overly controlling husband, Tenaros. The trio are members of a local moon pantheon, though the modern festival is not religious, nor exclusive to women.

In the center of Caille, city artists of various levels put their best work on display. They will receive feedback from their peers and find patrons in the arts and academics community. Top advertising firms always make a point to send talent scouts to the festival. The festival is scheduled to last a week in Caille's City of Ancients. Attendance is free and open to all.

Scope political analyst Zalawi Marguva drew parallels between Governor Aguard's commencement speech and her campaign speeches. "If it sounds like a script you've heard before, that's because you have. The Governor wants to kindle voter interest. With the Federal Defense Union's re-established dominance in Verge Vendor and Intaki, she won't be robbed next time," he said, referring to the controversial "No Vote" law that had put Aguard at a severe disadvantage in YC111. Others question the real potential of a third Aguard run at the presidency following her poor results in the YC117 election, with Shaileen Ramnev's creditable second-place performance attracting the bulk of the anti-Roden vote.

Many are waiting to see which candidates will seriously vie for the hawkish and business oriented voting blocs that underpinned Jacus Roden's successful campaigns and have been an enduring bulwark of his authority as Gallente President.