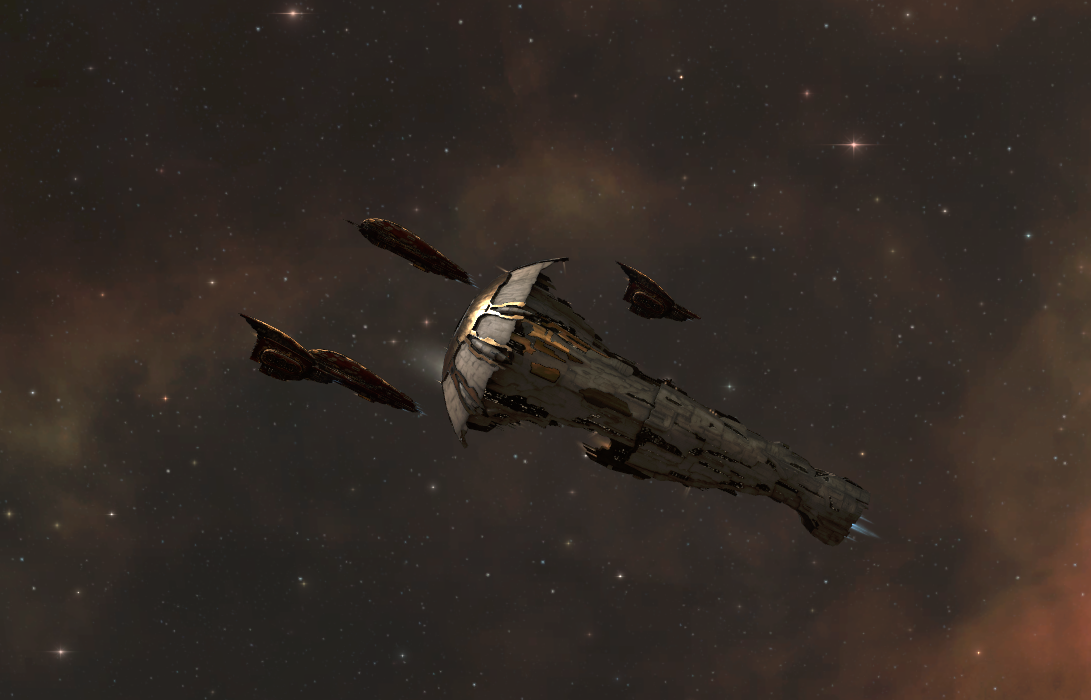 SAFIZON - Citizens of the Empire rejoiced this weekend as Her Imperial Majesty, Jamyl Sarum I visited Amarr Navy Headquarters for a ceremonial inspection of the Royal Shipyards, and to bless the freshly laid keel of the new Imperial Flagship, which has been named "Auctoritas".

Arriving in Safizon via the Empire's cynosural network, the Empress was sighted aboard [EF] Seraph, one of an undisclosed number of Avatar-class titans that make up the Throne Worlds Royal Protection Taskforce, and was escorted by a quartet of Imperial Navy capital ships bearing the colors of the Sarum Family.

On her arrival in Safizon from Amarr, she was greeted by loyalist capsuleers from the 24th Imperial Crusade, Praetoria Imperialis Excubitoris and Curatores Veritatis Alliance, before speaking publicly to confirm the name of the new Imperial Flagship, and give further details of her construction.

Among the information released, was the name of the vessel, and the confirmation that it will become the "new flagship of the Throne Worlds Fleet", the division of the Amarr Navy charged with defending the core systems of the Amarr Empire, owned by the five families of the Imperial Heirs.

The Empress also confirmed that "Auctoritas" will be the most "technologically advanced vessel in the Imperial Fleet" once commissioned, and that she will be "an Imperial issue vessel, based on the hull design of the Abaddon-class combat battleship".

When questioned by capsuleers regarding her absence from the Empire's public affairs in recent months, the Empress responded directly, saying that her "presence in affairs has been absolute, if less public than one would expect" and that "there is a time for spectacle, and a time for action". In relation to the Drifters and their hostility toward the Empire, She simply responded that the Empire "believe the threat posed by Drifter forces to be contained" and that the empire "continues to study" them, remarking that "their origins are unknown, but they are certainly no product of the Lord's work".

While at this stage the Amarr Navy has remained tight lipped regarding the exact specification of "Auctoritas", the Emperor Family is expected to take delivery of the finished battleship for ceremonial commissioning in Amarr in approximately eight weeks.