New Eden - Since the initial drifter threat was identified over a month ago, new information has been discovered about this mysterious menace - but their origin and motivations still remain a mystery.

It has been discovered that CONCORD is now able to obtain some information in the form of kill reports - but as the drifters are not traditional capsuleers, there is still much information missing in these reports.

One additional positive discovery is that the drifters appear to not be able to pierce current cloaking technology.

In a troubling development, the Drifters may be adapting to capsuleer engagements. Seemingly in answer to Ciniel 's Cerberus method of attack (Ciniel has killed about 55 drifters), the Tyrannos' superweapon can now reach out to approximately 400km, previously they were unable to effectively target and fire their weapons over 200km. The Drifters have also increased their ECM resistance significantly - reports are coming in that Drifter ships are no longer susceptible to ECM systems.

Participants in The Arek'Jaalan Project, who have been engaging the Drifters with some success, have made several comments on the Drifter threat; "They pose a critical threat to any vessel, including capsules, that garner their attention," said Uriel Paradisi Anteovnuecci. "They are quite dangerous if you attack them. But if you do not, they just leave you alone," noted Gaia Ma'chello. 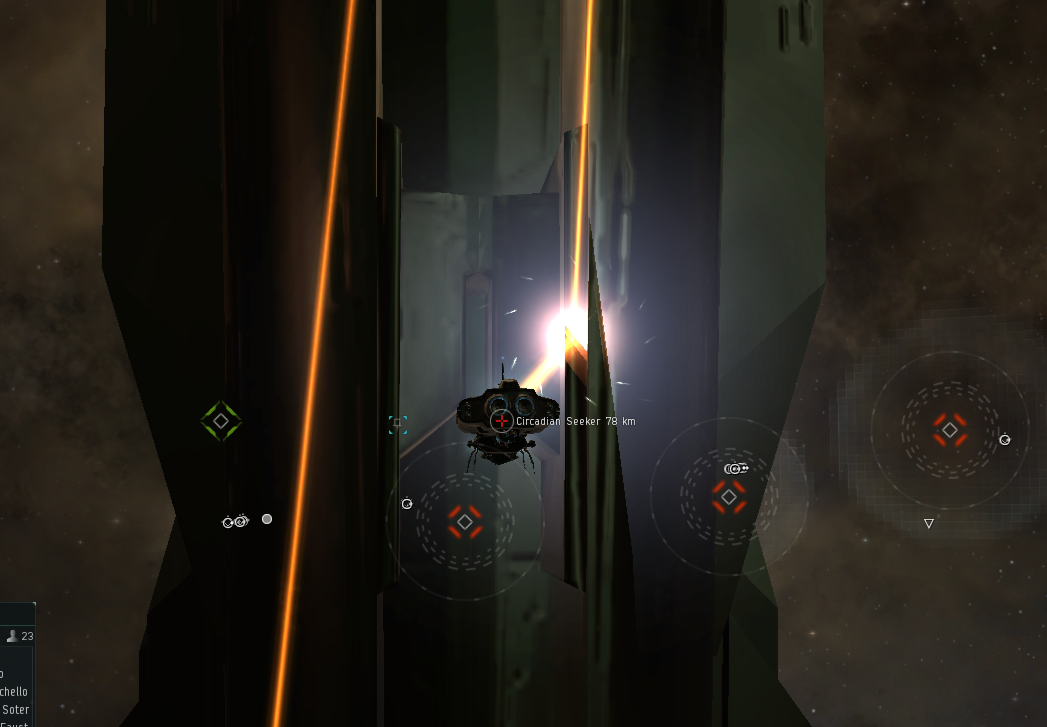 Trii Seo had a bit more to say; "They appear to be equipped with the same security probe as the Seeker, uncertain as to usage. High damage output, low buffer and no repair capacity. High speed, good range control. Reported as immune to warp scramblers due to unknown propulsion module. Intentions unknown, although not aggressive when not bothered."