Conflict between capsuleers in wormhole space is not exactly an infrequent occurrence. The pirates and marauders that inhabit unknown space are dangerous and bloodthirsty individuals who fight and kill friends and foes alike on a daily basis. Many capsuleers are forcibly ejected from Unknown Space if they are unwilling to fight or if their actions prove toxic to the capsuleer community within J-Space.

The Dark Space Initiative (TDSIN) is one of the many corps who actively take up arms against other capsuleers and in many cases they have been known to bring capital ships in order to overwhelm their enemies. 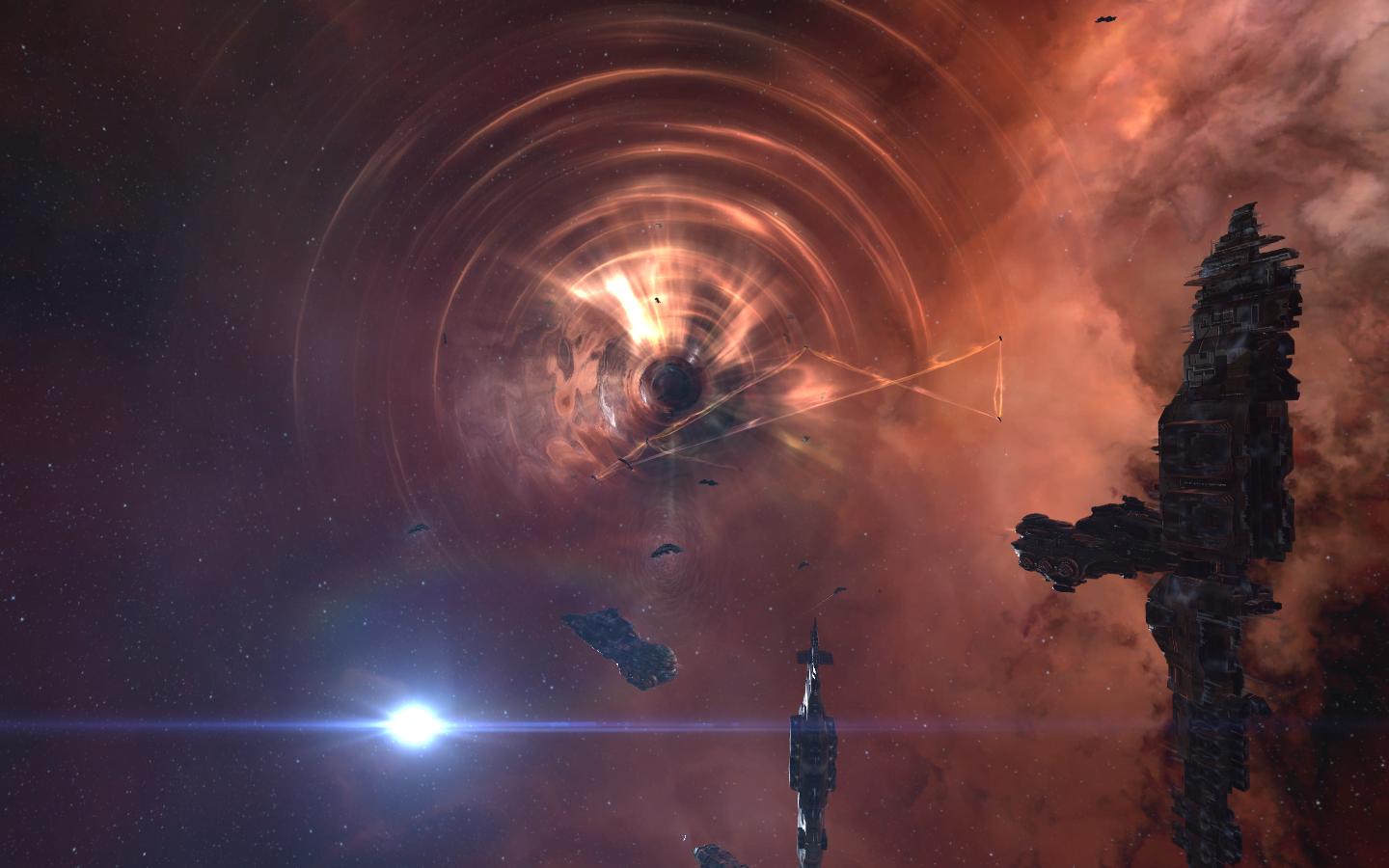 Late last month, Lazerhawks began efforts to counter these tactics by moving Dreadnaughts of their own into J142528, the home system of TDSIN. The idea was to warp them into deadspace pockets where they would wait to ambush the inevitable TDSIN capitals. Unfortunately, one Lazerhawks pilot made a critical error and accidentally warped out from his pocket resulting in the destruction of his Moros class Dreadnaught by TDSIN. No alerted to the ambush scheme, a number of TDSIN members posted boastful statements to a number of public forums. Taking the comments as a personal affront, Lazerhawks began to reconsider the tools at their disposal.

"We've had a pretty long standing grudge with TDSIN, possibly going as far back as Lead Farmers" stated Hidden Fremen, CEO of Lazerhawks. "The grudge was born out of perception, of course, as we don't really know what the corp cultures were within each entity; we can only go off of our voyeuristic nature (cloaked scouts in their systems) and occasional encounters. We always accused TDSIN of not fighting us, but Lazerhawks are very aggressive, and we expect other corps to have the same attitude, which just isn't a reality."

On the 24th of April, YC 117 at approximately 23:00, a portal to J142528 opened and was discovered by Lazerhawk scanners. Lazerhawks moved into the system with their capital fleet, along with sub capital support. After four engagements throughout the night, TDSIN had been decimated and many of their pilots had been pod-killed out of the system.

Though both CEOs stated they wanted the battle to remain between them, several outside corporations began to arrive in system all aligned with one side or the other. When questioned on this, ExookiZ, CEO of The Dark Space Initiative stated "Who "broke" that agreement is up for debate, and in my opinion ultimately irrelevant. I had people on standby, waiting to see if it escalated, but some people took it upon themselves to come and help." With Dropbears Anonymous facilitating returning pilots and a few allies from Pandemic Legion arriving in capitals of their own, Lazerhawks called on the assistance of Quantum Explosion and Hard Knocks inc., with Sleeper Social Club waiting on standby as well.

With towers rapidly coming out of reinforcement, time was very quickly running out for the wounded TDSIN as their capitals began to stir. Just as yet another tower sunk, TDSIN and their allies landed on top of the sieging Lazerhawks capital force. TDSIN arrived with 36 capital sized ships, vastly outnumbering the 23 Lazerhawks capitals on field. Despite outnumbering and completely destroying the enemy capital force, TDSIN was ultimately overwhelmed by the sub capital presence of Lazerhawks, QEX and Hard Knocks inc. 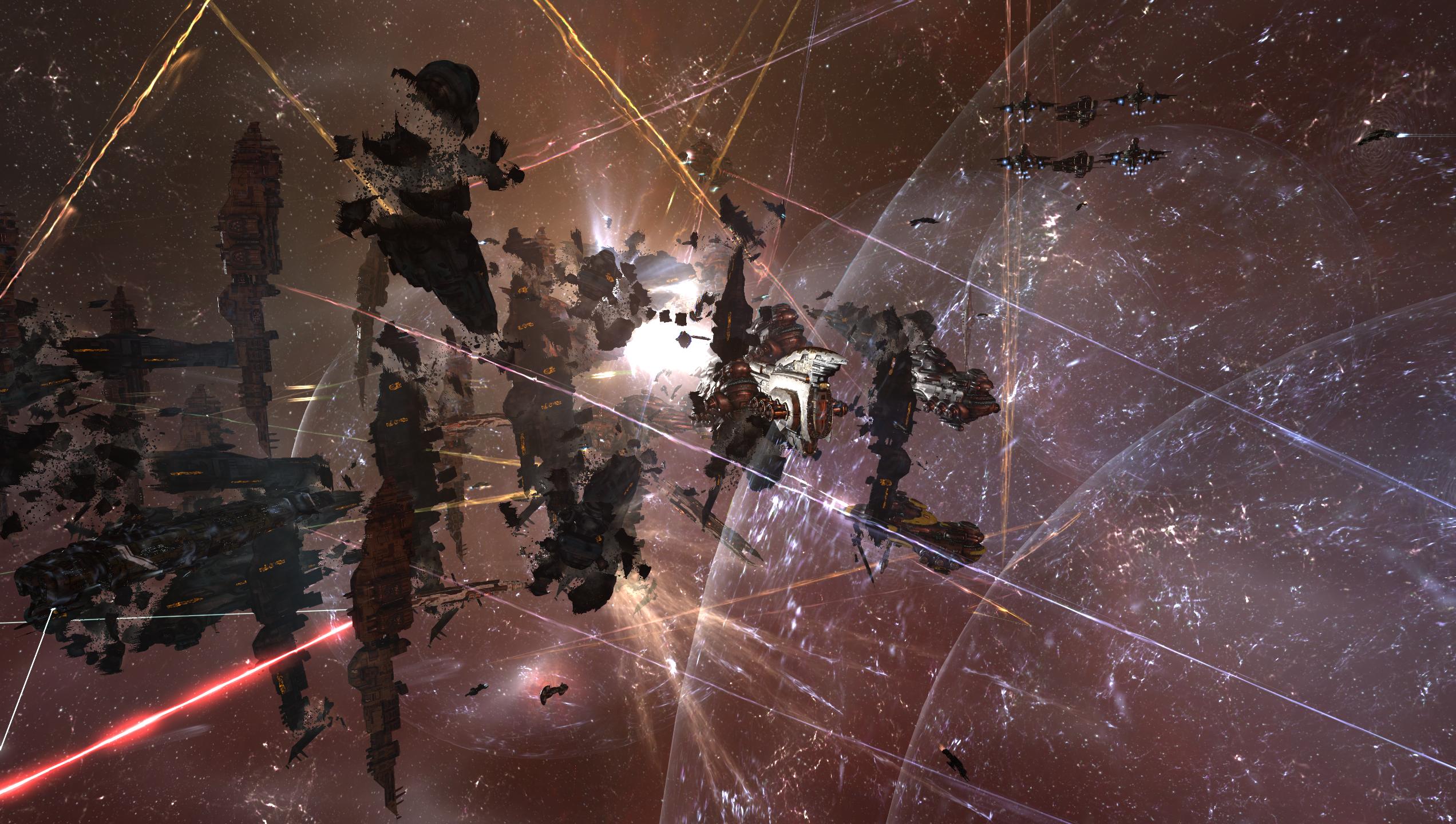 Though nearly every engagement, save the final capital brawl, had been decisively won by Lazerhawks, the invaders were ultimately repelled and retreated without the presence of their capital ships.

"We saw a challenge in evicting TDSIN," stated Hidden Fremen, "and we took it. This wasn't what we had in mind, but I couldn't be happier at the turnout. It was an impressive slugfest." J142528 remains under the control of The Dark Space initiative and whether or not Lazerhawks plan to return remains to be seen.