On Wednesday, 27 April, Upwell Consortium released the designs for the Astrahus, Fortizar and Keepstar model Citadels. The first wave of Astrahus-class Citadels have already made a dramatic entrance to the New Eden cluster.

The Astrahus Citadel is Upwell's medium-sized model. It is designed to support a small to medium group of pilots in friendly or hostile territory. Before a Citadel is at its full defensive strength, a Citadel must first be anchored then onlined. Anchoring an Astrahus takes 24 hours and the Citadel is completely invulnerable during this time. Once anchored, the Citadel will need to online its defenses for 15 minutes, during which it is vulnerable to attack, after which time defenses such as turrets and reinforcement timers can be put in place.

Reports of the first Astrahus class Citadels began pouring in in the early hours of May 1st - quickly followed by the news of the first Capsuleer-built Citadel to be destroyed. The first medium Citadel, belonging to the Poitot Liberation Army, was destroyed by Moneybadger Coalition's Psychotic Tendencies. and Circle-Of-Two.

Throughout the day, seven more Astrahus Citadels were destroyed with each priced at approximately 7 billion ISK. As of this article's writing, 10 Astrahus class Citadels have been destroyed within 36 hours of the first Citadel's destruction, with 6 of those Citadels being somewhere in unknown space.

While several Citadels have been destroyed over one hundred have been successfully anchored, onlined and fought over across the cluster, including one currently located in the system of Perimeter near the stargate to Jita. 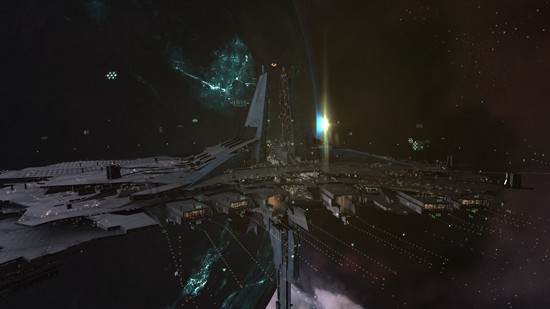 Many of the destroyed Citadels throughout the day were the result of a lack of a defense fleet being formed to defend the onlining structures. Though hard-fought, Doom Generation, along with their allies in the fight, reported victory against assaulting Lazerhawks and WiNGSPAN forces who were funneled through a frigate-sized wormhole. This conflict resulted in the destruction of Edward Harris' confessor, the first Capsuleer ship allegedly to be destroyed with the assistance of Citadel defense systems.

So far now Fortizar or Keepstar Citadel has been constructed or onlined due to their longer build times. Stay tuned for updates!