In an effort to bring you more information about your friends and neighbors, as well as enemies and rivals, we introduce the next in our semi-regular "Corporation Spotlight" series.

This edition's corporation in the spotlight is Imperial Dreams. 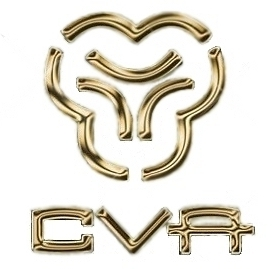 Imperial Dreams was a founding corporation of Curatores Veritatis Alliance [CVA], a well knownAmarr loyalist alliance that operates under NRDS (Not Red Don't Shoot) rules even in nullsec.

Many of the pilots who fly with Imperial Dreams want a sense of purpose; "Violence should always have a reason" is the philosophy that was inherited from the corporation's founder Aralis.

As capsuleers who align themselves with the holy Amarr empire, CVA carved out a piece of space in Providence (which is situated directly below the Amarr empire) where neutrals could operate freely. With a primary base located at X6AB-Y V - "Aralis Immortalis" and 12 years of existence, the corporation is in no danger of dissolution.

The corporation recently had their peaceful celebration disrupted by a 100-ship Drifter fleet which destroyed many of the attending capsuleers' ships before themselves being destroyed. Prior to the attack, Trisha D'Vaney, the CEO of Imperial Dreams had stated; "The goal of the celebration, which is in direct response to the Empress' recent statement for Amarr unity, is to bring the many groups that support Amarr justice together. Imperial Dreams has also sent a formal request to Admiral Ren Karetta to provide security for the event due to concerns about the Drifter armada". Those concerns were borne out by the course of events.

To have your corporation highlighted in this segment contact ISD Jarrett Pelley with your celebrations and events.