Empire residents take up arms in an attempt to eradicate newly discovered Serpentis and Angel research facilities located within the depths of Syndicate and Curse. 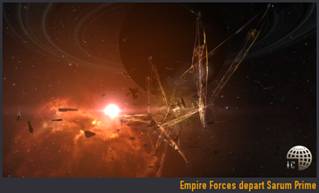 The operation began at around 18:30, November the 7th, when roughly 1000 capsuleers gathered alongside Admiral Ren Karetta of the Imperial Navy in Sarum Prime and set forth towards RMOC-W within the Curse region. At the same time, Operational Admiral Auvier Bauvon of the Federation Navy departed from Meves with a slightly smaller fleet of 600 capsuleers destined for 8V-SJJ within the Syndicate region. The mission of both parties was to eradicate newly discovered Covert Research Facilities in the hands of pirate factions. 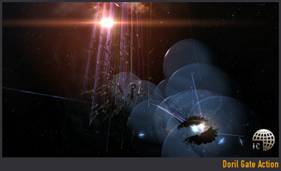 Unfortunately for capsuleers from Empire, null-sec alliances took it upon themselves to discover fleet destination systems and do their utmost to repel Empire forces. Doril, the regional gate between Empire and Angel held Curse saw local rise beyond 1200 as multiple fleets of null-sec capsuleers appeared to repel the Empire forces.

As the Empire Generals reached their destination systems with vastly depleted forces, they were unable to destroy the Angel and Serpentis covert research facilities on their own. 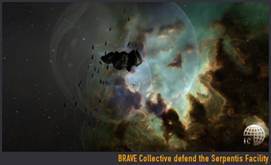 The battle over the Covert Research Facility in 8V-SJJ saw the most capsuleer action with roughly 450 pilots in system. By comparison, RMOC-W local barely crept above 200 as many pilots were lost along the way in Doril.

Ultimately pirate defense forces proved too adept and bought time for both Launette Vylier and Kalela Ohturold to recover their research projects, evacuate scientists and lay charges to self-destroy their facilities.

While these specific installations were destroyed, the pirate research data and as well as their scientists still survive.