The first round of the Amarr Championships have concluded, and each House now knows who the champion is who will be representing them in the final battle for supremacy. The IC managed to obtain comment from the stewards of each house on their competition, and their goals for the Empire.

House Ardishapur traces its lineage back to the days of the Reclaiming, when it was a member of the Council of Apostles. The Family is known for conservatism and is very religious. They once held the Bleak Lands, but are currently limited to the Lower Domain area and the Ammatar Mandate, which was placed under their control in YC111 by Empress Jamyl I, may she rest in peace.

The Ardishapur Heir is Yonis Ardishapur, and their champion is SoulLess Zealot. 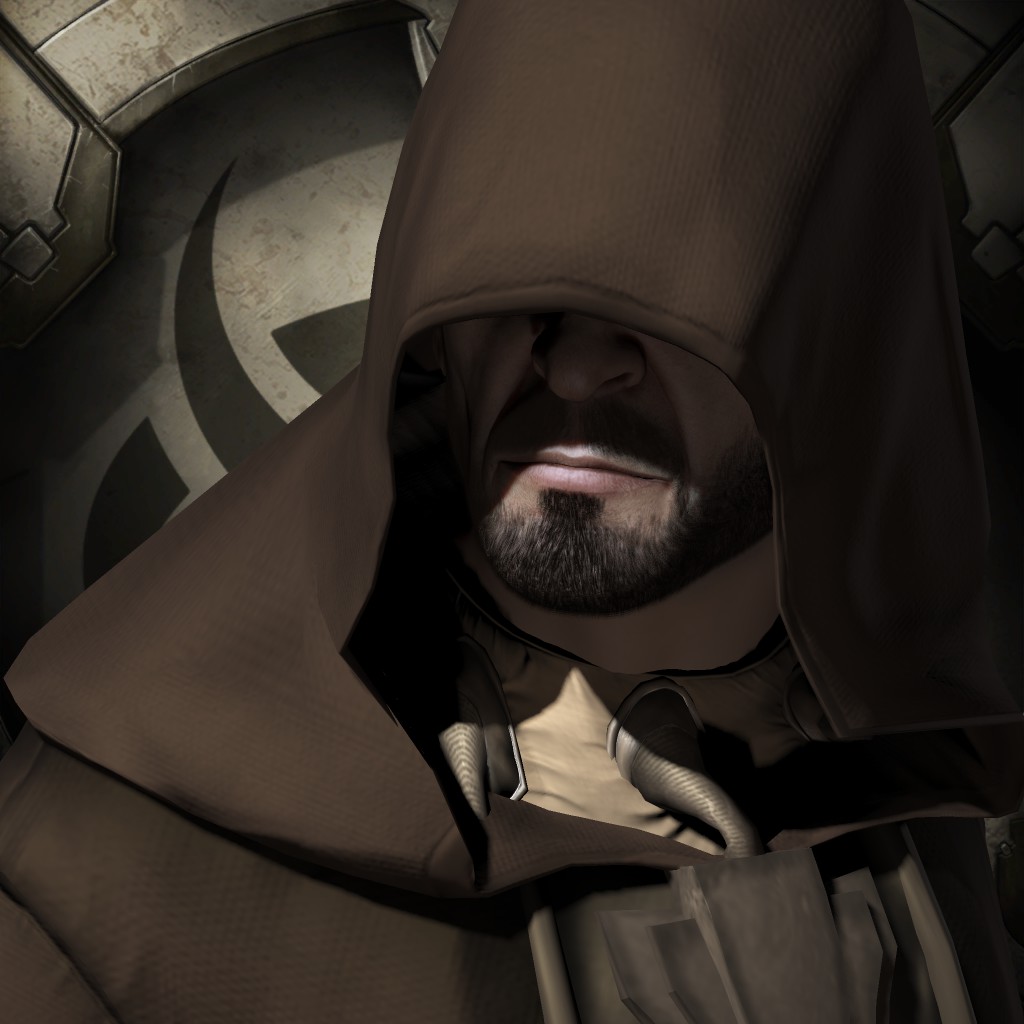 Of House Ardishapur's goals for the Empire, House Ardishapur Steward Rehniz Zateki had the following to say: "Lord Yonis will continue the works he started in the Ammatar Mandate and plans to ensure a righteous education for all free souls in the Empire.

There are many freed slaves who still wander in the dark, who went without a true education in service to their masters, and now do not know how to serve their God. My Lord Yonis would like to save their souls, and put their minds to work in service of the Empire and the Divine.

Lord Ardishapur feels that the Throne must take its religious duties to heart and serve as the one true guiding light and voice of divinity for all servants of God. For centuries, divisions have been allowed to grow between the churches of the many states within the Empire and wherever the faithful dwell. My Lord Yonis has already brought the Ammatar Church in line with the True Faith, and in time he would like to see all of God's servants in this universe come united in their worship and service "

Steward Zateki declined to comment on the Family's opinion of the other heirs. "My Lord does not presume to favour or disparage any soul shrouded in God's Sacred Flesh. The competition is in the hands of the Divine, and may triumph come to the most loyal and devout of God's servants.

House Kador has had more Emperors elected than any other, and to most Amarr they symbolize the majestic Empire of Old. They hold dominion over the Kador region of New Eden.

The House Kador Heir is Uriam Kador, and their champion is Ithica Hawk. 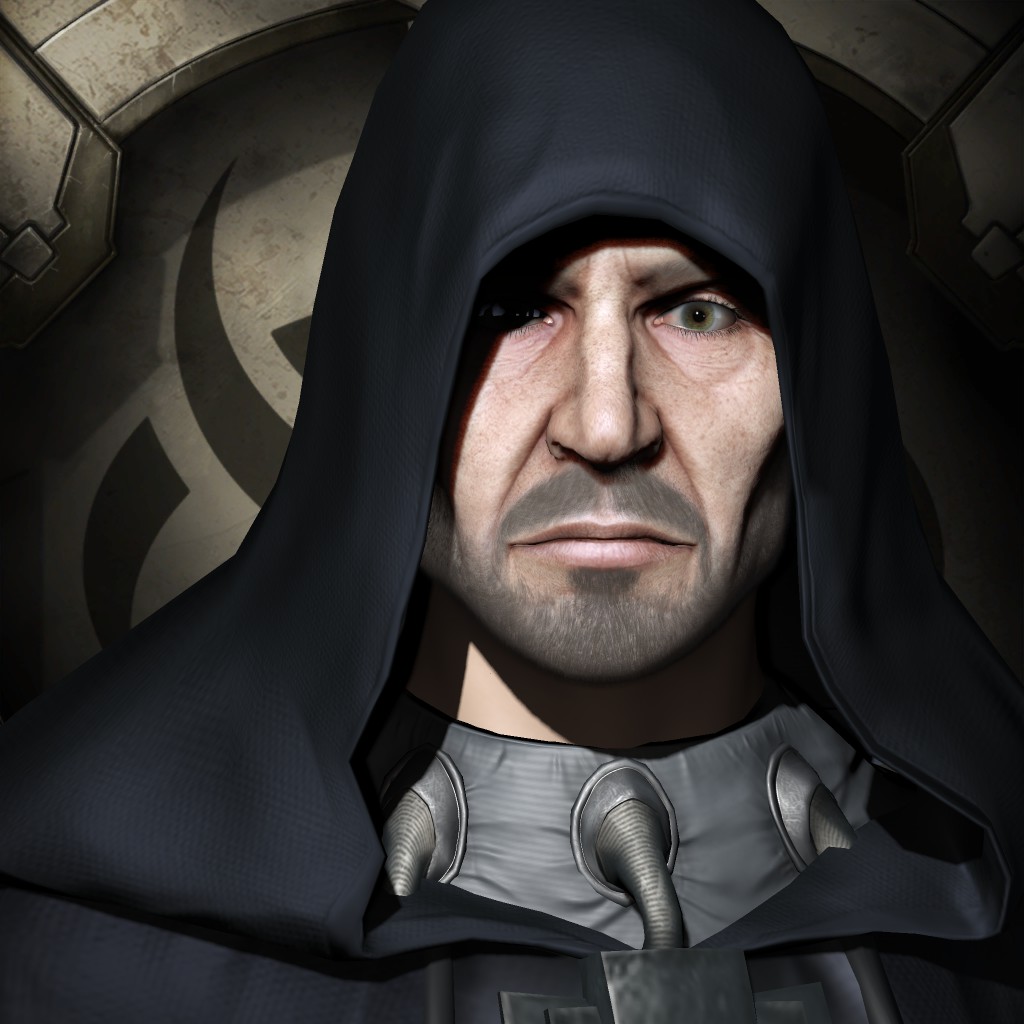 Of House Kador's plans for the future of the Empire, House Kador Steward Rinah Kador had the following to say: His Highness the Heir Kador laments that so much of our Empire's heritage and history seems to have been left by the wayside by recent rulers. As ruler of Amarr, Lord Uriam would extol the glory of the Empire and God with mighty works and artistry to make Amarr the envy of all worlds.

As our enemies fall before us, their defeats shall be celebrated with triumphs set in stone and gold. As our people pray, they will raise their heads to the statues of saints and heroes - faith and honor made manifest. As our soldiers advance, they will do so knowing they walk the well-trodden roads of victory that our Empire knows best of all.

"The Lord Kador praises the Divine for this generation of Heirs who have served the Empire so dutifully and loyally for many years. He counts every one of them as his friends, and does not wish to rank them in terms of competition. The Heir has faith in his champion's prowess and in God's wisdom to select the next ruler of our mighty Empire," said Steward Kador when asked how the Kador Heir feels about the other Heirs.

House Kor-Azor holds the Kor-Azor region of New Eden. They have been noted in the past for attempting to find diplomatic and peaceful solutions to problems. They are popular with the public, but have many powerful enemies at higher levels. 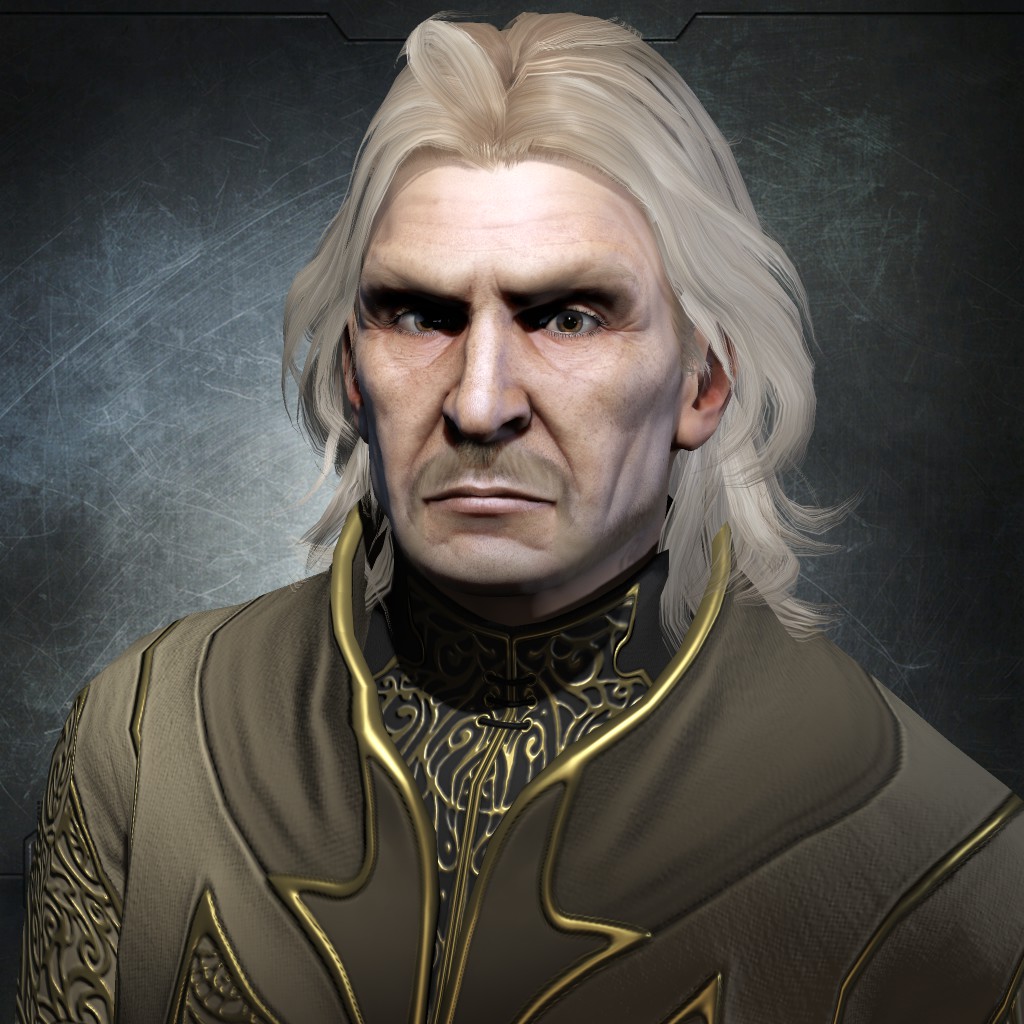 When asked about House Kor-Azor's plans for the future of the Amarr Empire in the event of success, Kor-Azor Steward Aya Khema replied as follows: "His Highness Heir Aritcio is of course experienced in the running of the Empire as Imperial Chancellor, and if blessed to take the throne he would continue his work to ensure that the Empire serves all its citizens with equal care and benevolence.

The Heir Kor-Azor has expressed his admiration of the late Emperor Heideran VII, and holds in great esteem the belief that the true Promise of Amarr is to stand as a force for peace and stability in the universe. War brings suffering, and suffering has no place in God's Creation.

So as Emperor, Lord Aritcio would strive to find ways to work alongside our allies in tending to the heavens, to alleviate suffering wherever he finds it, and to bring swift justice to those who oppose the divine tranquility."

Steward Khema relayed her Heir's words about the other Heirs currently competing for the Throne.

"My Heir has nothing but the highest esteem for all his brothers- and sister-in-rank. He can see why God has brought each of them to this point, and he has full faith in their ability to rule our Empire. The competition is in the hands of the champions now, and my Heir awaits the outcome of the Trials with great anticipation."

House Khanid is a recent addition to the succession, though the House holds a long and storied history within the Empire. Once one of the five Heir Families, the Khanid Heir rebelled following the election of Heideran VII as Emperor and founded the Khanid Kingdom. The family takes its name from the Khanid bloodline, after the people who settled what is now known as the Khanid Kingdom, a move which has helped to keep the Khanid people loyal to House Khanid for millennia.

The House Khanid Heir is Garkeh Khanid, and their champion is Damassys Kadesh. 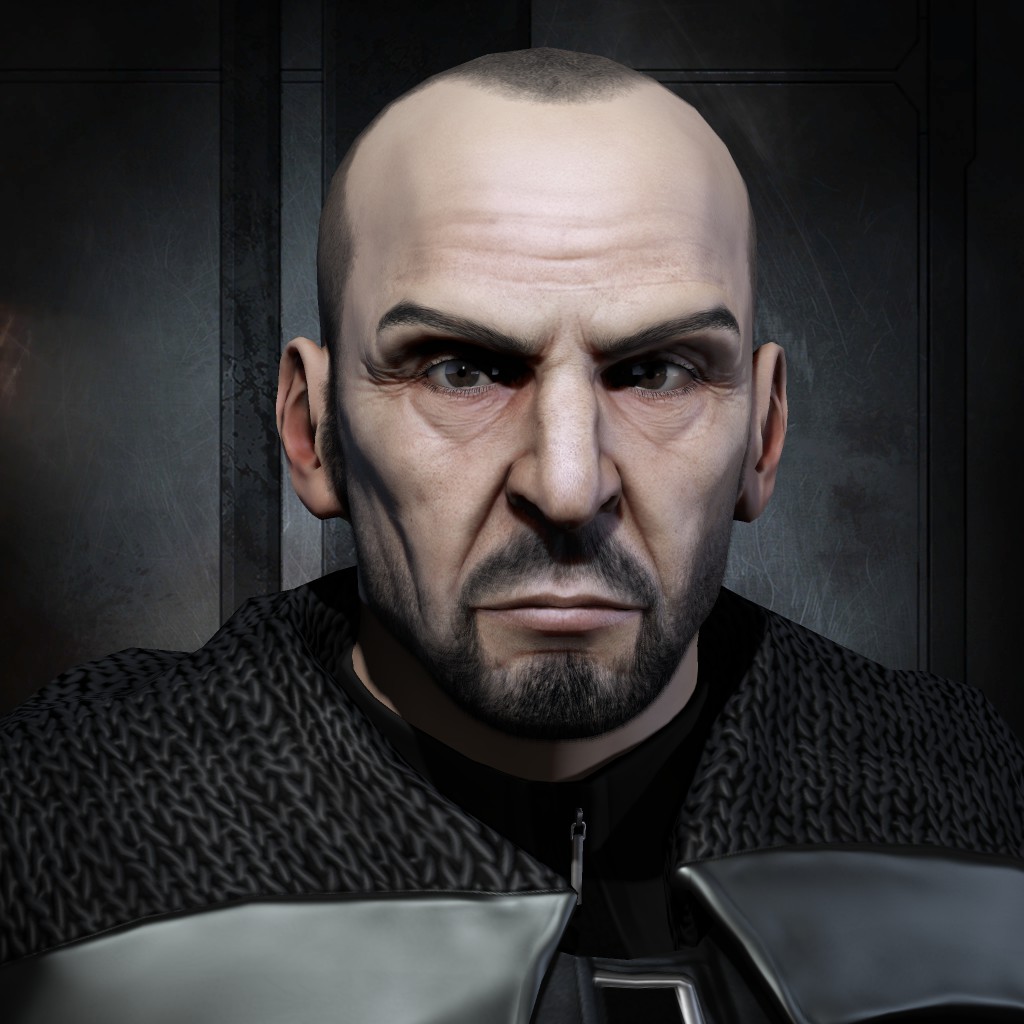 Khanid Steward Alar Chakaid was kind enough to take a moment from his schedule to deliver the following statement on the Khanid Heir's plans for the Empire: "His Majesty the King has many tremendous plans for Amarr. In comparison with the Kingdom, the Empire has grown slow, isolated, and stagnant. Sickness, malaise, and corruption - these are the things that the King and Empress Jamyl I labored together to eradicate, what forged their wise alliance, and the King will continue to seek out and remove from his place on the Imperial Throne.

From his kingdom, my King will bring new ropes of trade to drag the Empire out of the mud, new technologies to truly arm our nation against any incursion or opposition, and the fierce determination to truly show the universe what power God's Chosen can wield.

Commenting on the other Heirs, the Steward had the following to say: The King expresses his admiration of the intelligence and military power of the Heir Sarum, the guile and determination of the Heir Tash-Murkon, and the absolute reliability of the Heir Ardishapur. In the competition of the championships, my King feels that it stands between him and Heir Merimeth, for a trial of martial champions truly shows God's favour for the warrior houses.

House Sarum is known as a belligerent house, always ready to take up arms in defense of the Empire. The deceased Empress Jamyl I, may God enfold her in his embrace, was a scion of this house. House Sarum holds sway in Upper Domain. 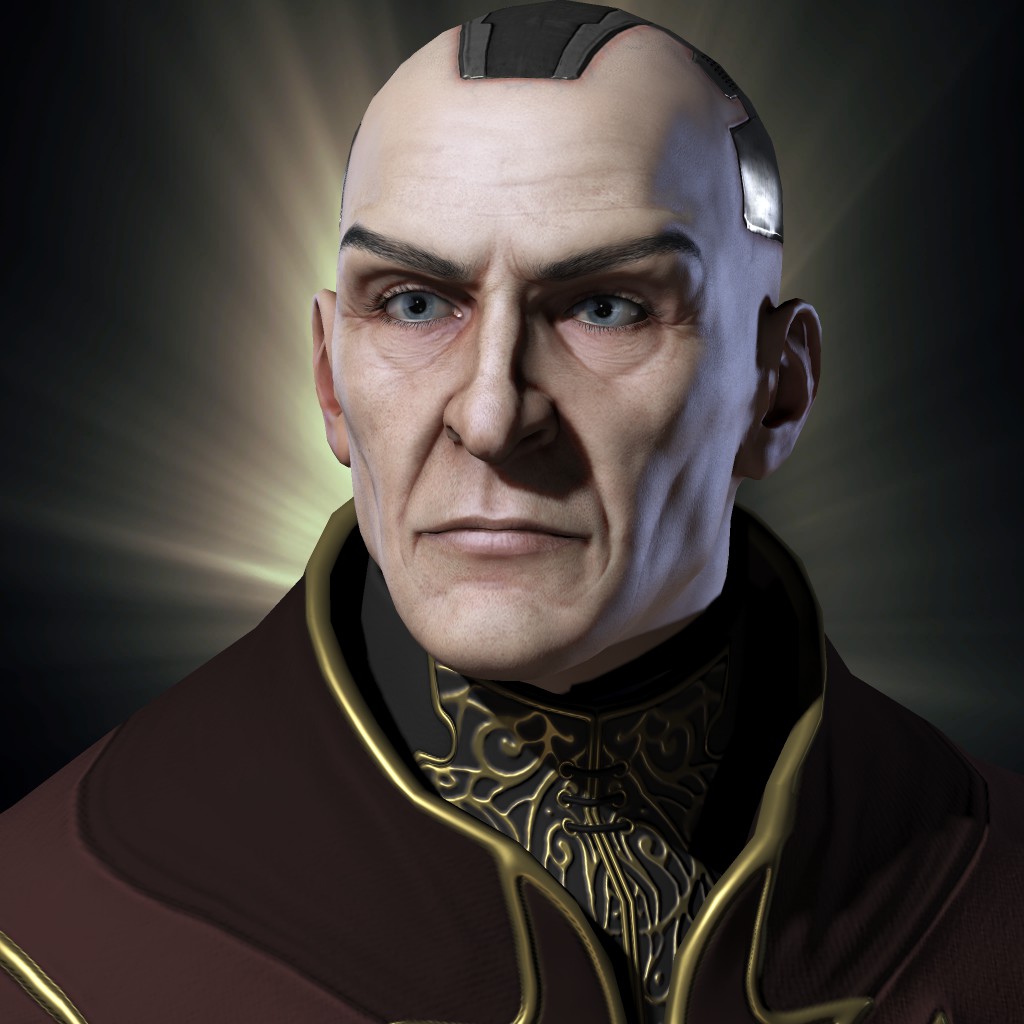 When asked what the Sarum Heir planned for the future of the Empire, Sarum House Steward Olacar Sarum released the following statement: "Winning the throne is only the first victory that will be necessary. The Drifters, Sansha's Nation, Blood Raiders, the Elders and their Republic with the Federation in tow - the Empire faces countless enemies, many advanced and enigmatic, abhorrent under the righteous light of God. The Empire is at war, and its new emperor must be ready to mobilise the fleets and show our enemies that Amarr is not to be trifled with. Heir Merimeth has the determination and stamina to take the fight at any front.

My liege has expressed the necessity of modernizing the Imperial Navy, so that we can take on any force that stands in our way. He would also undo the Imperial decree forbidding the royal houses from maintaining fleets of war, to further ensure the Empire's military prowess.

Merimeth was at Mekhios when the Minmatar invaded. He knows the horror they inflicted, the dishonorable wanton slaughter. I know he will not rest until he knows the citizens of the Empire need never fear such horrors again. Such fear should only be felt by our enemies."

On the subject of the other heirs, Steward Sarum had the following to say: "Lord Merimeth respects all the Royal Heirs, but during the reign of Empress Jamyl he has especially come to admire the works of the Imperial Chancellor and the Khanid King. They are proven statesmen and rulers, and either would do well on the Throne - in their own ways.

Of course, the outcome of the Championships is up to God, but the Heir Sarum has outmost faith in that his champion will bring honor to our house and ensure a continued Sarum rule."

The Tash-Murkon heir is Catiz Tash-Murkon, the wealthiest individual in the Empire, and their champion is Kelon Darklight. 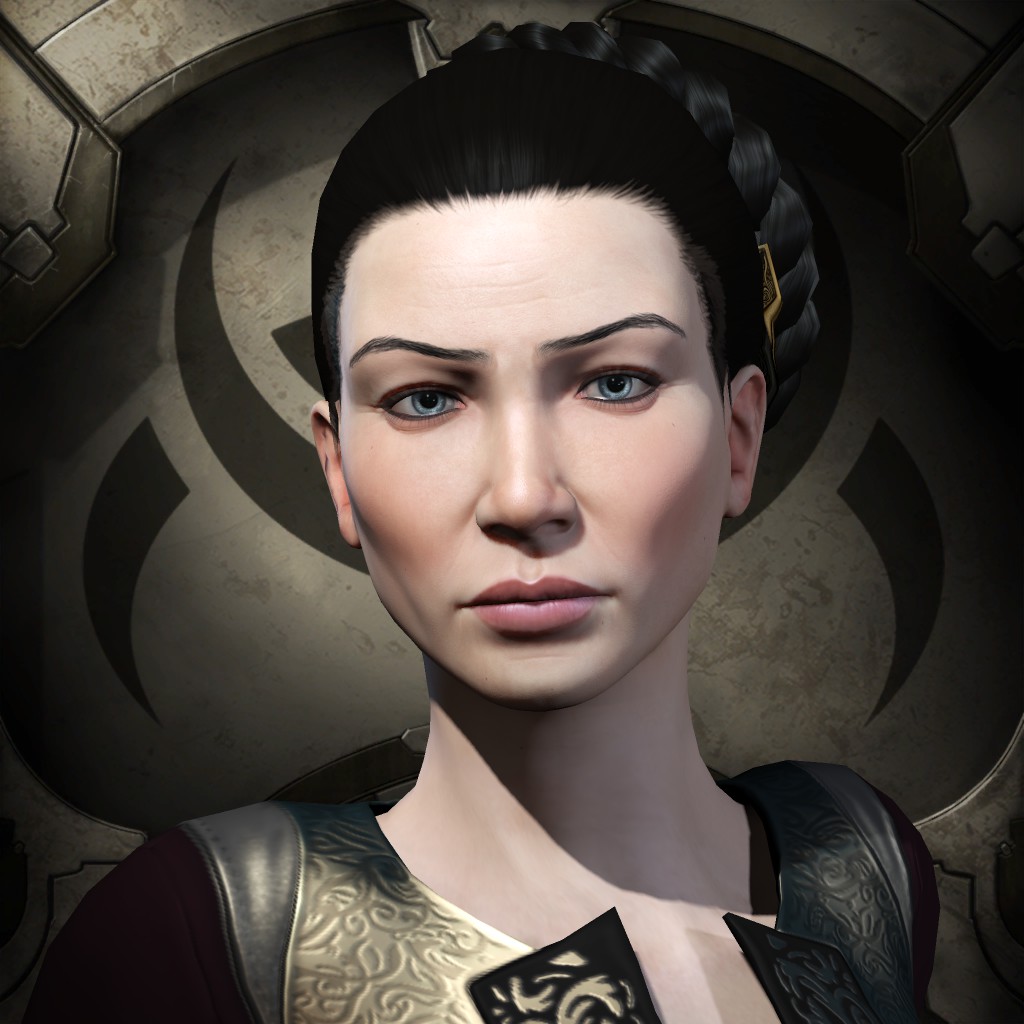 Asked about the Tash-Murkon Heir's plans for the future of the Empire, Tash-Murkon steward Aliya Rayel had the following to say: "Her Grace Catiz believes that the Empire's laws of trade and commerce need to change. If properly rejuvenated and structured, Amarr's population should be able to dominate international trade. The Tash-Murkon domain is not the Empire's richest simply due to Catiz's personal wealth, our commoners and Holders are also wealthy, thanks to our open and effective commerce. Gold is the sign of nobility and God's favour, and Catiz will make the gold flow throughout our domain.

But trade will not only enrich our citizens, it will bind even stronger ties to our allies. Amarrian investment and resource trade fuels the Caldari economy, and we have more than enough wealth to tie the rest of New Eden to us as well."

The Steward also made a brief statement of her Heir's opinion of the other Heirs. "The Heir Tash-Murkon is of course good friends with the Khanid King and the Imperial Chancellor, but she rests easy in her faith that any one of the candidates for the throne would make a most wise and respectable emperor. Who will win is for God to decide."