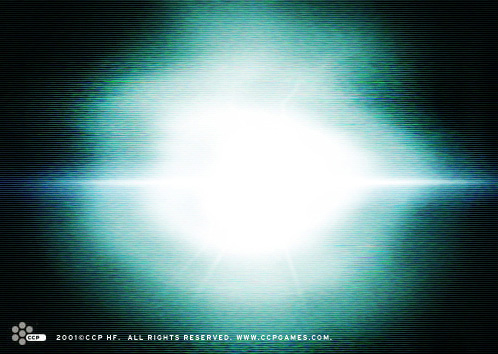 Even if peace has reigned in the world of EVE for a number of years this does not mean that the empires are sitting at ease when it comes to military technology. Each one of them is spending huge sums of money on R&D every year, as well as supporting independent research facilities and scientists. All of them have the same dream of discovering the ultimate weapon, something that just the threat of using would make the rest of the empires fall in line. Such weapons have been discovered before and each time their existence gave a new dimension of the game of power politics, but counter-measures have always been discovered sooner or late, returning equilibrium once again.

Many have commented on how relieving it is that none of the empires has developed anything resembling a super-weapon that would surely upset the fragile peace existing between the empires. Even the Jovians with all their technological advances have never produced anything of the sort. But recent rumors might suggest otherwise. These rumors tell of a revolutionary new weapon developed in secret by the Jovians, a weapon capable of even destroying a whole planet. The Jovians are as elusive and tightlipped as always and have neither denied nor confirmed the rumors. Surveillance and covert operations made by other empires have not met with much success as the Jovians are masters of concealment. But the fragments of data that has been gathered have poured fuel on the fire of speculations and many fear that the Jovians are either waiting for the right opportunity for displaying the power of their new gadget, or they are secretly negotiating to sell it to the highest bidder.