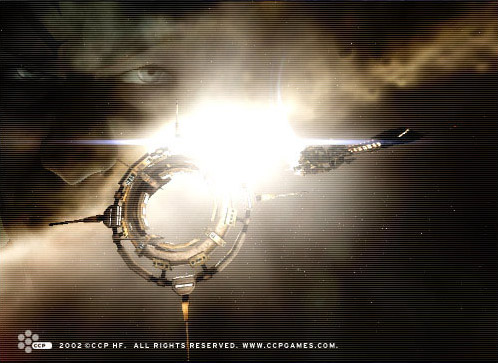 The neural implant in Tiny’s brain registered increased stress signals. He was running out of time. What should have been a run-of-the-mill mission was turning into a fiasco. How many times had he shuttled Tonic-12 to his buddy Karlo? At least a dozen times. And never a hitch. But now he was running late, very late. All because of those bloody cops for raiding his usual pick-up place. He had to go all the way into the Great Wildlands to fetch the precious substance and his delivery window was only half an hour away. Not to mention, he was without his escort buddies. The bloody fools had gone on a mercenary mission in the outer regions somewhere. Being all by himself made Tiny nervous, adding even more to his already high tension.

Tiny cursed silently as he maneuvered his ship towards the stargate. He waited impatiently while the control station processed his jump request. He contemplated taking his chance of going through the Du Annes system to make up some lost time, but decided against it. It was too risky. The Decon-Sharuveil route was a detour, but more or less safe from any prying eyes. Finally, his jump permission came through and he fired up the thrusters on his cruiser to align the ship for the jump sequence.

Once in the Decon system Tiny started by scanning nearby space to see if anyone was lying in wait to ambush him. Nothing. Then he started the trek towards the Decon star gate. En route he calculated how much he stood to loose if he didn’t get the stuff to Karlo on time. Maybe 50 thousand. Not to mention that Karlo would get miffed, to say the least, and Karlo was his only agent within empire space that traded in smart drugs. It was a big loss, but he could cope. He would make it up to Karlo somehow and maybe he could find another buyer for the Tonic-12, though it was dangerous to cruise around with illegal stuff for a long period. Maybe he should stash it somewhere…

Deep in thought, Tiny performed the necessary navigational adjustments to keep his ship on the move. He made the last warp to the star gate; next destination: Sharuveil system and then just one more jump. It took Tiny a few seconds to notice the radar signal - a ship on the edge of his radar range. It was also moving towards the star gate, from the opposite direction. Tiny ran a ship scan once in range, in case it was a stray custom official or a DED snoop.

Mother of all creation! It was Adira Habi, the Amarrian scumbag that pod-killed him a few weeks back! Tiny shook with glee; he’d been looking for Habi ever since that incident, how fortunate to find him here, all by himself. Suddenly, Habi’s cruiser veered off course, obviously he had spotted Tiny. ‘What a coward,’ Tiny thought. Habi set the course for Decon IV and warped away before Tiny was in warp scrambler range. Tiny was about to warp after Habi when he remembered his Tonic-12 cargo and Karlo. ‘Ah, bugger that!’ he thought, turning away from the stargate to Sharuveil and prepared for a warp to Decon IV.