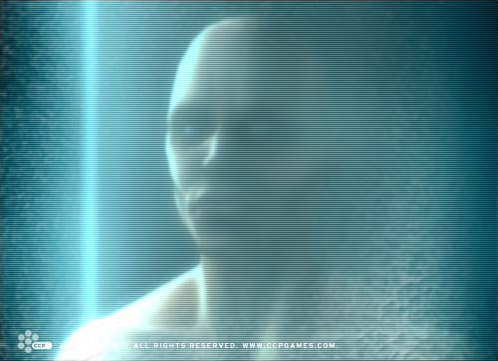 Warm, white, comfortable, nothing. This was all it knew. The concept of self did not yet exist for the thing floating in maturation tube 30316, nor did the concept of what was about to happen.

A flash, blinding and intense. Something new. Stimulus.

A flood of stimulus. Pain? It didn't know the meaning of pain yet. This was different from before. The sensation intensified. He felt it emanating from the back of his head, and wondered what a head was. Then it came to him, a vague idea of his form. He opened his mouth, and it filled with... something... that he inhaled. Something he shouldn't have inhaled. He felt himself choking, his mind flooded with things that weren't there before.

He reached out, and his hands touched glass. He pressed against it, and struggled, but his movements were dampened by something thick, gelatinous. He was in a liquid. Was he drowning? No, he was all right, and his name was Galen. How did he know this, he wondered. Where did this fact come from? His eyes opened for the first time, and he glanced about. The wet thing he was in stung his eyes slightly, but through it he could see, in blinding detail. A room… with someone in it, standing before him… behind the glass. A doctor. What's a doctor, he wondered briefly, before the relevant data arrived in his brain through the neural jack at the base of his skull.

Minutes later, Galen Doradoux knew who he was, and what was going on. His consciousness fully integrated, he floated patiently in the gelatinous biomimetic suspension. Obviously, the Vaarkota deal had fallen through with catastrophic consequences, he thought. The jelly began to recede as it drained down through the bottom of the maturation capsule. The glass slid upwards, and he staggered out, disoriented, falling to his knees and vomiting a large quantity of the jelly he swallowed minutes earlier. The doctor helpfully put a robe over him and handed him a few towels. He gathered himself.

"Mr. Doradoux, as part of your replica contract, it is my solemn duty to inform you that your previous self was lost in a firefight in the Xygia system. The perpetrator, a member of the Vaarkota cartel, has been arrested, and there are numerous papers for you to sign regarding the incident", recited the doctor, and Galen nodded. This wasn't the first time, and it certainly wouldn't be the last. His line of work ensured that. He didn't mind the dying so much as the paperwork.

The doctor continued. "You'll be glad to know that the integration process went very well, and only slight synaptic degradation was encountered. We hope you will continue using the services of the Vivant Clone Repositories." Galen concentrated, and sighed with relief as he managed to quickly recollect the facts he absorbed after picking up the cruiser class pilot training pack a week before. The doctor thrust a data-pad in front of him, and Galen took it, placing his signature on the contract that ensured another clone to be ready for him when he next needed it.

He wrapped the bathrobe tightly around himself. "I know my way to the showers, doctor. Thank you for your assistance.”